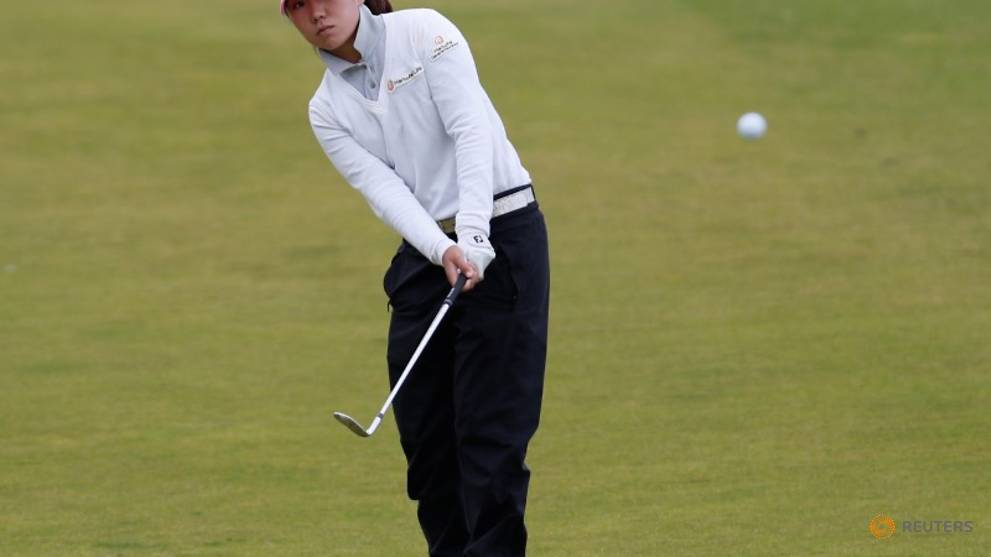 Golf - Kim in control after Park rockets up leaderboard

South Korea's In-Kyung Kim responded to a stirring challenge by compatriot Inbee Park with a superb third round to take a stranglehold of the women's British Open on Saturday.

LONDON: South Korea's In-Kyung Kim responded to a stirring challenge by compatriot Inbee Park with a superb third round to take a stranglehold of the women's British Open on Saturday.

Park had rocketed into contention with eight birdies in a scintillating eight-under 64 at Kingsbarns but still ended the day seven strokes behind Kim, who is six shots clear of the field as she seeks her first major.

By the time Kim teed off, her lead had been whittled down to one stroke by the charging Park who went from two under to 10 under with a masterful display on the greens.

But the 29-year-old also found the tranquil conditions to her liking and carded a blemish-free 66 to move to 17 under on the becalmed Scottish links.

Britain's Georgia Hall saw her challenge fade as she four-putted the 17th to fall back to 11 under, in second place alongside Thailand's Moriya Jutanugarn who signed for a 67.

Olympic champion Park, bidding for a second British Open title after her 2015 triumph, began the day at two under and signalled her intent with birdies on the opening two holes.

She picked up three more shots before the turn and birdied the 11th, 13th and 17th to post an eight-under round and close in on the lead with her lowest round at a major.

American Stacy Lewis, winner in 2013, also took advantage with a seven-under 65 to move to nine under, finishing with a run of four consecutive birdies.

Lewis's fellow American Michelle Wie, who shot a first-round 64, recovered from her 76 on Friday with a round of 69 but is too far back on seven under.