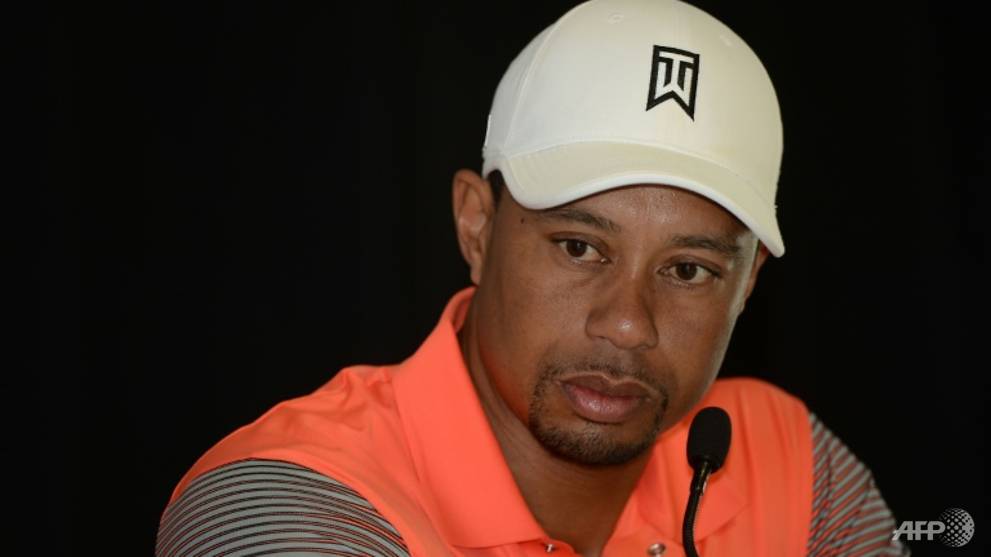 A 14-time major golf champion, Woods was arrested on May 29 by police in Jupiter, Florida, who found him asleep at the wheel of his Mercedes-Benz. (AFP/DONALD MIRALLE)

MIAMI: Former world number one Tiger Woods pleaded not guilty on Wednesday (Aug 9) to driving under the influence, but agreed to a lesser charge and to go on probation.

Woods, 41, did not appear at the brief court hearing in Palm Beach Gardens, Florida, held to resolve charges stemming from his May arrest, according to press reports and court documents.

A 14-time major golf champion, Woods was arrested on May 29 by police in Jupiter, Florida, who found him asleep at the wheel of his Mercedes-Benz.

Woods, who has not won a PGA Tour title since 2013, was arrested on suspicion of driving under the influence of drugs or alcohol, although a breathalyzer test found no trace of alcohol in his system.

Woods told authorities he had not been drinking but had a reaction to several prescription drugs used for back pain and insomnia.

At an arraignment on Wednesday, Woods' lawyer, Douglas Duncan, entered a plea of not guilty to the charge of driving under the influence, the New York Post reported.

According to the newspaper, Woods will plead guilty to a lesser charge of reckless driving, serve 12 months of probation and enter a programme for first-time impaired driving offenders.

Woods will also reportedly be required to perform 50 hours of community service.

The more serious driving under the influence charge, which can potentially lead to jail time in some cases, would be dropped.

Woods was ordered to appear in court on Oct 25.

Woods announced last month that he had completed a programme to help him manage his medications. He did not provide any details of the treatment or type of program and did not say when he expected to return to golf.

Woods, whose 79 career PGA Tour wins are three shy of Sam Snead's all-time record, has not won a major title since the 2008 US Open and has not won any event since the 2013 World Golf Championships Bridgestone Invitational.