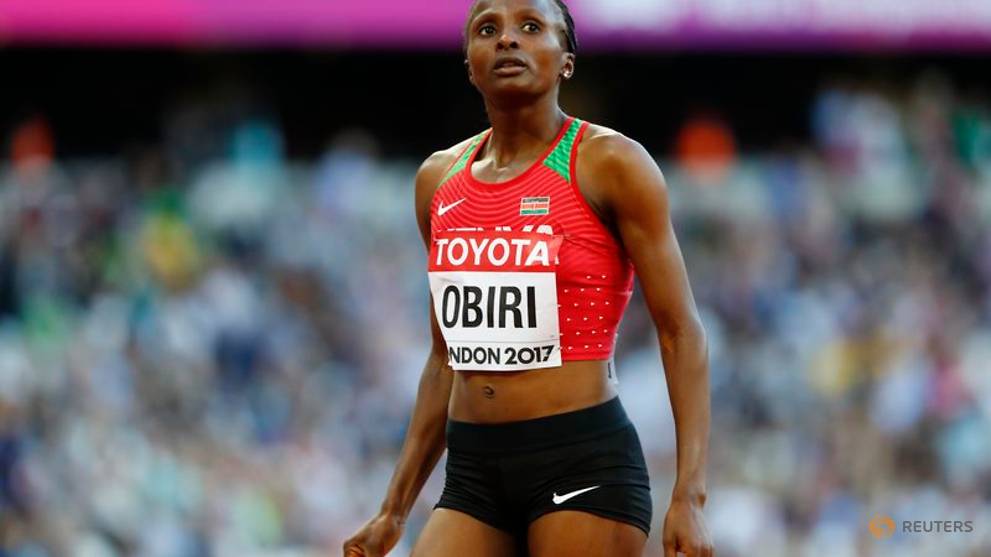 Kenya’s Hellen Obiri remained on course to win her first major 5,000 metres title after qualifying fastest from the heats at the World Championships on Thursday.

LONDON: Kenya’s Hellen Obiri remained on course to win her first major 5,000 metres title after qualifying fastest from the heats at the World Championships on Thursday.

She will be challenged by defending champion Almaz Ayana of Ethiopia, who ran 14:57.06 in her first 5,000m race of the season five days after her runaway victory in the 10,000m in London.

Senbere Teferi, Ayana’s compatriot and 2015 world silver medallist, was also among the automatic qualifiers from heat one, along with Susan Krumins of the Netherlands and Shannon Rowbury of the United States.

American Molly Huddle led the second heat for more than 11 laps, but she was overtaken on the last bend by a congested pack including compatriot Shelby Houlihan, Ethiopia’s Letesenbet Gidey, Sifan Hassan of the Netherlands, Britain’s Eilish McColgan and Margaret Kipkemboi of Kenya.

Huddle still qualified via the fastest non-automatic places, along with Norway’s Karoline Grovdal and Kalkidan Gezahegne of Bahrain.

The third Kenyan in the final will be Sheila Kiprotich, while the home crowd will be able to cheer two athletes on Sunday as Laura Muir ran fast enough to join fellow Briton McColgan.