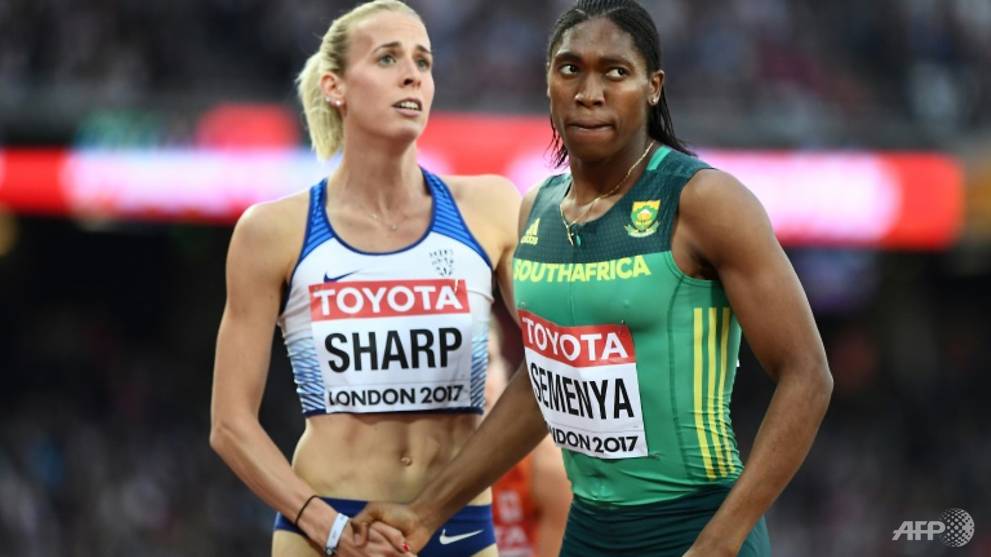 South Africa's Caster Semenya (R) shakes hands with Britain's Lynsey Sharp after the semi-final of the women's 800m athletics event at the 2017 IAAF World Championships at the London Stadium in London on Aug 11, 2017. (Photo: AFP/Jewel Samad)

LONDON: Olympic champion Caster Semenya looked ominously comfortable in advancing to the women's 800 metres final at the World Athletics Championships on Friday but a host of challengers also looked impressive and should push the South African all the way.

Semenya, who won bronze in the 1,500 on Monday, as usual looked as if she was out for a weekend jog while all around her were straining every sinew as she won the second of three heats in one minute 58.90 seconds.

"It would have been a waste of time staying at home, doing nothing so I thought I'd come here to entertain you people," Semenya said of her decision to run the 1,500 as well.

Ajee Wilson, who set a U.S. record of 1:55.61 last month and has been in hot form, looked superb in winning the first heat in 1:59.21 from Melissa Bishop, the 2015 silver medallist from Canada who looked more like her normal self after labouring through the first round.

The United States have won only one medal in the event - Brenda Martinez's bronze in 2013 - but 23-year-old Wilson is certainly in the mix for another and will be joined in the final by compatriot Charlene Lipsey.

Poland's Angelika Cichocka produced a remarkable finish, cutting in from the outside of lane two to the inside of lane one to sneak second place in heat two and an automatic slot.

The final will be without defending champion Marina Arzamasova of Belarus, who was eliminated in the heats, and former champion Eunice Sum of Kenya, who withdrew due to illness.