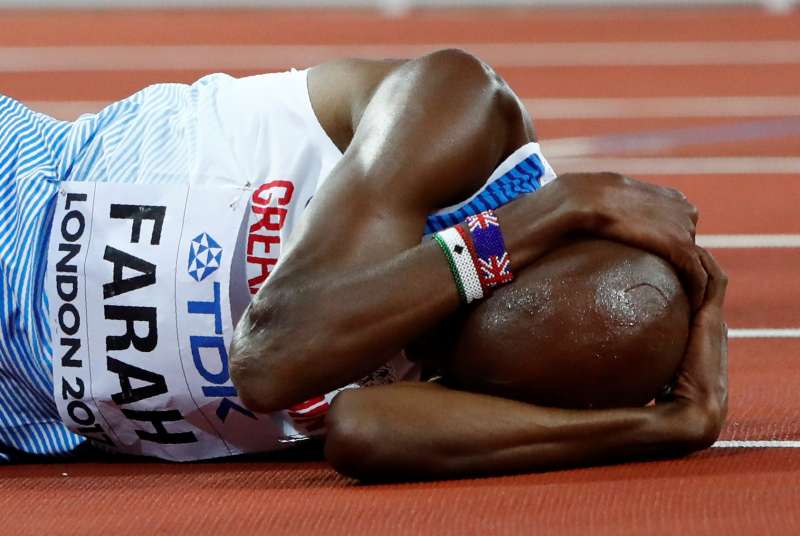 LONDON: Britain's Olympic and world champion Mo Farah said the British media were trying to destroy his achievements and repeated that he was a clean athlete during an emotional outburst on Sunday.

"It's like I have achieved what I have achieved and you are trying to destroy it," he told reporters. "You guys, so many times towards me, you have been unfair. I don't know why."

Farah won silver in Saturday's 5,000 metres at the World Athletics Championships - his final track race of a career in which he won two successive Olympic 10,000 and 5,000 gold medal doubles.

The 34-year-old, who was born in Somalia and moved to Britain at the age of eight, has also won three world titles each in the 5,000 metres and 10,000 metres.

In February, Farah's coach Alberto Salazar denied administering banned supplements to his athletes and issued a firm rebuttal of what he said were false allegations against him in a British newspaper.

The Sunday Times had reported that Salazar had used prohibited infusions of supplements to improve the performance of his runners, citing what the newspaper said was a leaked United States Anti-Doping Agency (USADA) report.

"It's like a broken record repeating myself," said Farah when the subject was brought up on Sunday. "If I have crossed the line, and Mo Farah has done something wrong, then prove it."

"You can write what you like but I'm a clean athlete... and I sleep well at night, loving my kids, hugging my kids, showing (them) what's right. That's all that counts."

Farah, speaking calmly but looking exasperated, said his achievements spoke for themselves.

"History doesn't lie - everybody's proud of me," he said.

"The fact is, I work hard at what I do and I achieve (it) through hard work... putting my balls on the line, year after year, and delivering for my country, and for the people out there."

"I'm going to still keep fighting, keep working, making my country proud," said Farah, who will now concentrate on running marathons. "I am proud to be British and put my GB vest on and do it for my country."