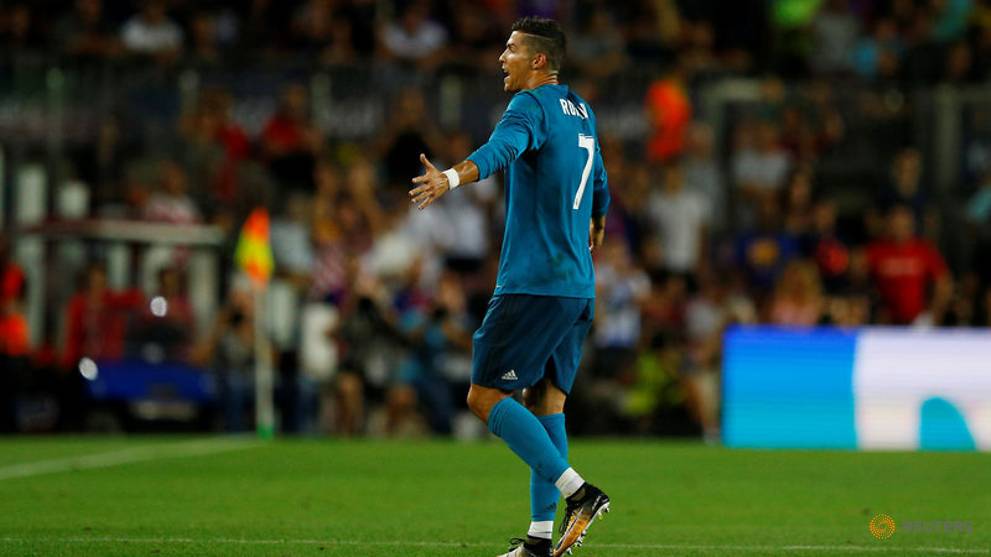 Ronaldo scored as a substitute in Madrid's 3-1 win over Barcelona at Camp Nou, but he was sent off after he shoved official Ricardo De Burgos Bengoetxea . The Spanish football federation hit Ronaldo with a four-match suspension on top of the automatic one-game ban.

"I am annoyed. We are very annoyed. I'm not going to have a go at the referees, but when you look and see what happened, to think Cristiano is not going to play five games ... Something happened there, I'm annoyed," Madrid coach Zidane told a news conference on Tuesday.

"What happened, happened, but when you look at what happened and see they have given him five games, it's a lot."

Ronaldo got one yellow card when he took off his shirt after scoring his goal, then a second moments later for diving. After he was ordered off, he pushed De Burgos Bengoetxea, which led to the suspension.

Madrid appealed the suspension and the RFEF committee will respond on Wednesday morning, meaning Ronaldo could feature in the second leg on Wednesday at the Bernabeu.

"We have to wait until tomorrow. The committee meets and after that meeting we will see what we can do," Zidane said.

Asked if he believed the ban was designed to single out Ronaldo, Zidane said, "I don't know, I don't think so and I hope not, I hope they did it with conscious and because they are doing their jobs, but well, in the end what sticks with me is the five games."

Defender Dani Carvajal defended his teammate Ronaldo, who he claimed was being harshly punished for his sixth red card in a Madrid shirt.

"It's an excessive ban and a frustrating situation. I'm not in the referee's head, but he didn't have to be sent off," said the Spaniard.

"We're all upset with the punishment as Cristiano is an important player for us. We hope it's reduced and he's back in action soon."