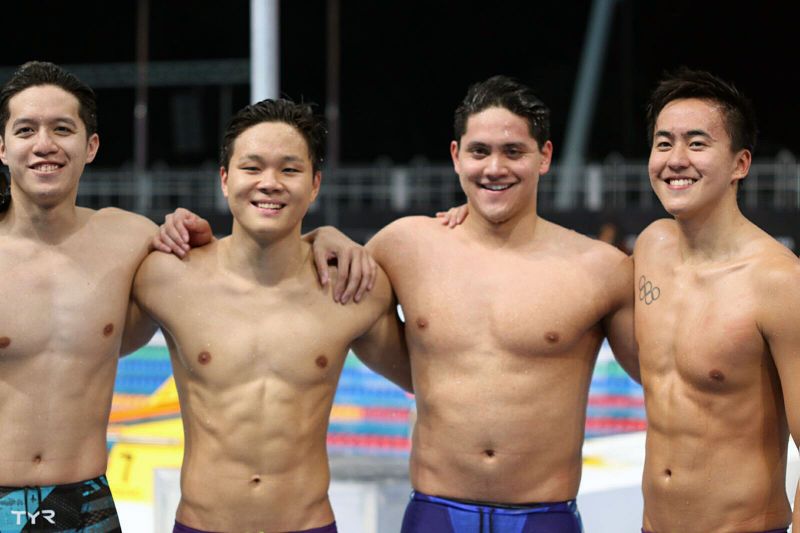 Joseph Schooling won his final individual event, the 100m freestyle, in a time of 48.93 seconds. The existing Games record of 48.58s for the event was also set by him in 2015.

The 22-year-old had told the media on Wednesday that coming into this meet after a gruelling World Championships campaign, it “wasn’t really about (setting record) times”.

Fellow Singaporean Darren Fang, 18, added a bronze in the same event. None of the other swimmers in his event swam a sub-49 second timing.

When asked what he thought about the online chatter that he was not swimming faster times at this meet, he said, “They (netizens) can say whatever they want. My job is to come here and help the team, as best as I can, win gold medals.

“That’s all I care about this meet. You can’t always go best times… at this meet it’s all about me trying to help this team as best as I can, and me trying to win as many individual events as I can.”

Fellow Singapore swimmer Quah Zheng Wen, 20, who was next to Schooling at the time quipped, “A.K.A. all of them.”

Schooling’s best timing this season is 48.86s, clocked at the FINA World Championships in July. His personal best of 48.27s was set at the 2016 Rio Olympics.

“It’s been a long summer, and it’s been a while since I’ve swum this many events back to back over consecutive days. This is great training, it’s a great chance to see where I’m at and I’ll have a lot of things to reflect on when I’m back in Austin,” said the Olympic gold medalist.

Asked what he would do on Friday before his final Games race – the 4x100m individual medley relay – on Saturday, Schooling said with a grin, “Probably Netflix. And chill.”

Quah struck gold in the 100m backstroke, while Francis Fong, 17, took the bronze. Quah had a big reaction after the swim, splashing the water repeatedly and wagging his finger.

He later explained it was due to the frustration of taking silver in the 50m backstroke in his first race on Monday, losing to Indonesia’s I Gede Siman Dartawa.

“Coming into the 100m, I knew that it was gonna be me or him (I Gede), or even a surprise from Francis. The time wasn’t great but pulling out a win for Team Singapore was the ultimate goal and I did it no matter how slim the margin and I’m happy about that,” said Quah.

Neither Schooling nor Quah broke a Games record in their individual events on Thursday. Schooling had mentioned on Wednesday that both he and Quah were “hurting pretty bad” after competing at the World Championships.

In the final event of the night – the men’s 4x200m freestyle relay – Singapore’s team of Quah, Pang Sheng Jun, Danny Yeo and Schooling powered home to take the gold in a time of 7:18.94. The team has swum this relay together since 2013.

glad to see chinese enjoying themselves in Malaysia.