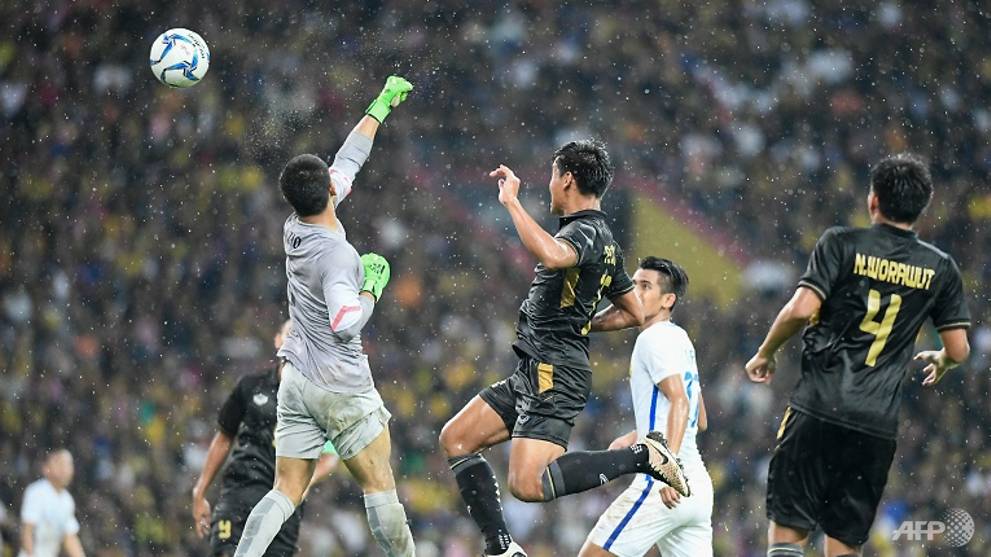 Malaysia goalkeeper Haziq Nadzli accidentally punches the ball into his own net in the SEA Games football final against Thailand. (Photo: AFP)

The home side, who have surpassed their target of 111 gold medalsat the 2017 SEA Games, were looking to put the icing on the cake with the highly coveted gold in men's football.

But the Thais had other ideas, producing a dominant display in front of a packed Shah Alam Stadium.

After just five minutes, Thai striker Worachit Kanitsribampen darted into the penalty box before he was tripped by a Malaysian defender. The referee took a quick look at the incident but ultimately waved play on.

Just before the half-hour mark, the Thais threatened from a corner but a bullet header was saved acrobatically by Malaysia's goalkeeper Haziq Nadzli, to roars from the home crwod.

Even as he was hailed a hero after that save, Haziq saw his fortunes turn in the 39th minute. The Thais chipped in a corner which should have been routine catch for Haziq, but the Johor Darul Ta'zim goalkeeper attempted to punch the ball away. As he was unable to get clean contact, the ball looped into the net, drawing silence from Malaysian supporters.

Malaysia tried to mount a comeback in the second half but they struggled to cope with the Thais' fitness and sharp counter attacks.

Twelve minutes from time, Malaysia's winger Syazwan Ishak curled an effort from outside the box, but the ball grazed the top of the bar.

After injury time, the referee blew the final whistle to a collective sigh from the home crowd.

With this defeat, Malaysia's hunt for a first SEA Games men's football gold since 2011 continues.

with d compliment of msia own gialkeeper I love thailand land of smiles!No anjing no racist! 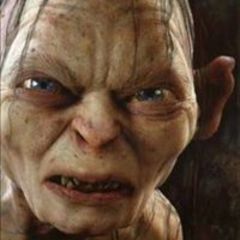