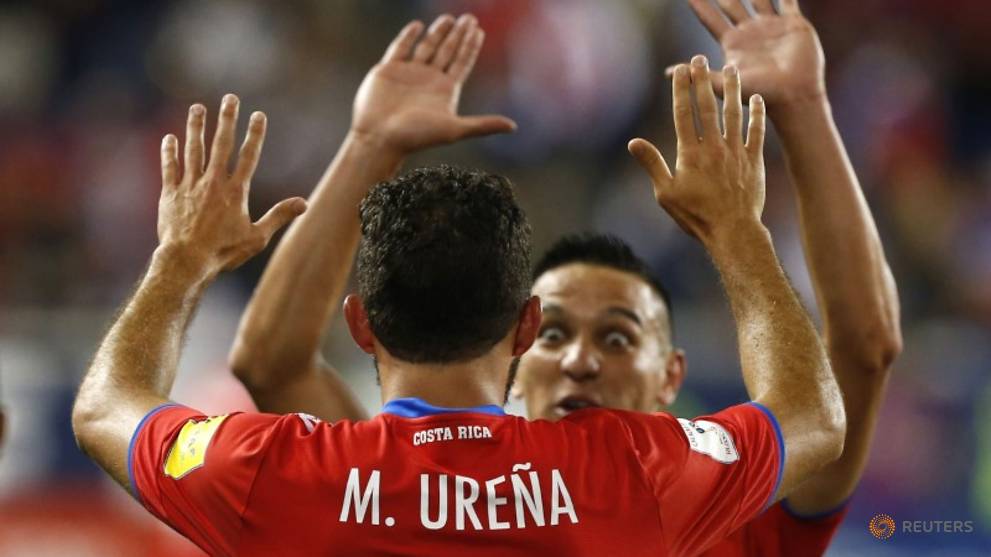 The United States' chances of qualifying for Russia 2018 took a hit on Friday after Marco Urena got a goal in each half to give Costa Rica a 2-0 victory in a scrappy game in New York.

NEW YORK: The United States' chances of qualifying for Russia 2018 took a hit on Friday after Marco Urena got a goal in each half to give Costa Rica a 2-0 victory in a scrappy game in New York.

The result means the U.S. remain in third place in the six-team qualifying group, with just eight points from seven games.

The top three teams in the group qualify automatically for Russia and the fourth-placed side goes into a play off with a team from Asia.

"We still have three games left in the competition and were still in position to qualify for the World Cup," U.S. coach Bruce Arena said.

"We lost to a team that played better than us... we have to put this past us real quick and regroup for Tuesday.

"Mexico and Costa Rica are (basically) qualified. "It's going to be a fight between the other four teams for that remaining spot."

Costa Rica were superior throughout and took the lead after half an hour when captain Bryan Ruiz slipped a nice through ball to Urena, who evaded defender Tim Ream to angle the ball past keeper Tim Howard from just outside the six-yard box.

The U.S. improved slightly at the start of the second half but lacked a cutting edge against a team that was content to keep possession and frustrate the home side.

Keylor Navas made one superb reflex save from an otherwise subdued Christian Pulisic and he also blocked a Jozy Altidore shot with 10 minutes remaining.

But Urena completed the win just seconds later when he ran through another gaping hole in the U.S. defence to give Howard no chance from 15 yards out.

The win moved Costa Rica equal with Mexico at the top of the table with 14 points.

Panama, who face Mexico later on Friday, have seven points, while Honduras, who face bottom side Trinidad and Tobago, have five.

Mexico can book their place in Russia with a victory in Mexico City and Honduras do not win.