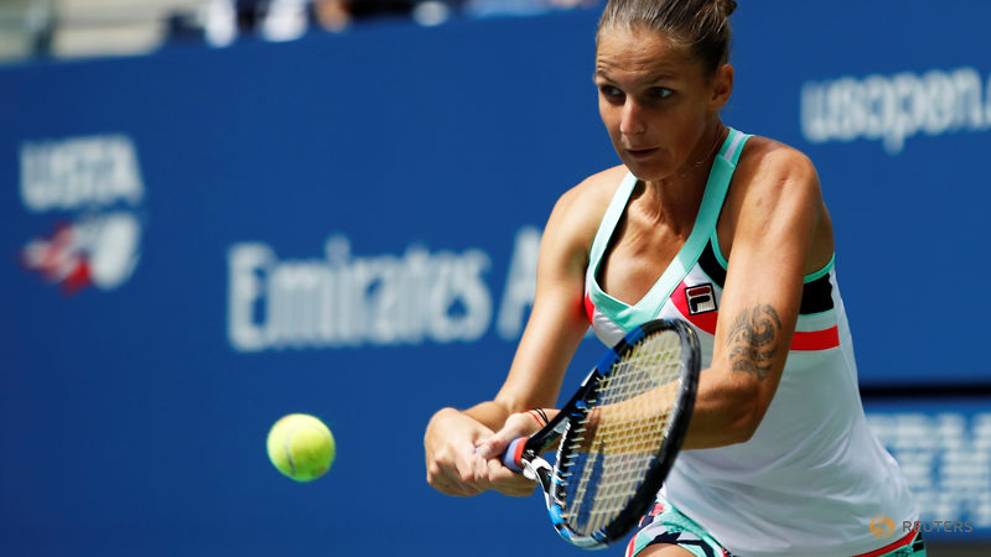 World number one Pliskova survives scare to advance at US Open

Karolina Pliskova showed the steel of a world number one as she fought off a match point to claim a riveting 3-6 7-5 6-4 comeback win over Zhang Shuai in the U.S. Open third round on Saturday.

Tennis - US Open - New York, U.S. - September 2, 2017 - Karolina Pliskova of the Czech Republic in action against Shuai Zhang of China during their third round match. REUTERS/Shannon Stapleton

NEW YORK: Karolina Pliskova showed the steel of a world number one as she fought off a match point to claim a riveting 3-6 7-5 6-4 comeback win over Zhang Shuai in the U.S. Open third round on Saturday.

Pliskova, runner-up at Flushing Meadows last year, would have lost her world number one ranking had she been beaten on Arthur Ashe Stadium but instead moved another step closer to a first career grand slam title.

Chinese Zhang was the more aggressive of from the start, frequently rushing to net and stepping into the court to attack Pliskova's second serve.

The strategy paid off as she broke Pliskova in her first two service games to take a 3-1 lead and captured the first set with an emphatic overhead smash.

She continued her fiery play into the second set but was unable to convert a break point and mental lapses started to pile up.

Zhang ended the contest with 46 unforced errors to Pliskova's 38.

She was also undone by the tall, big-serving Czech's nine aces to just one double fault while Zhang hit just two aces and made five doubles.

Pliskova needed an injury time out to attend to a sore arm in the second set, which she hopes will not bother her when she faces either American Jennifer Brady or Monica Niculescu of Romania in the fourth round.

"I will have to improve in the next one," the 25-year-old Pliskova said in a courtside interview.

"Hopefully, it's nothing serious and I'll be ready for my next match."

The contest was 25-year-old Zhang's best showing against the tournament's top seed but she is now winless in five matches against Pliskova.