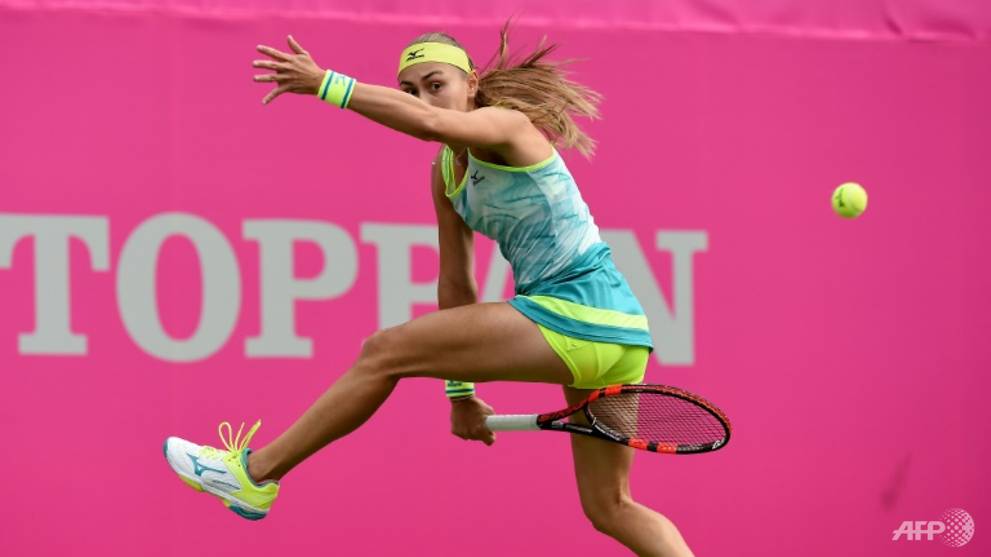 Tennis: Krunic rolls on in Japan after Date tear-jerker

It was a day of upsets at the Tokyo hardcourt tournament, with top seed Kristina Mladenovic the biggest scalp as the Frenchwoman was bundled out 6-4, 6-3 by Croatian qualifier Jana Fett in the first round.

World number 67 Krunic, who whitewashed the 46-year-old Date on Tuesday, stormed to a 6-3, 6-4 win over American Riske in sweltering conditions to reach the quarter-finals.

But there was another surprise later on Wednesday when Japan's Miyu Kato toppled fourth seed Kristyna Pliskova - twin sister of world number one Karolina - 7-5, 6-3 to set up a meeting with Krunic.

Osaka, who reached the third round of the US Open earlier this month after stunning defending champion Angelique Kerber, left her game in the locker room as she came out inexplicably flat.

"I felt really nervous," shrugged Osaka. "I didn't cope with the pressure and I just think emotionally I wasn't really there."

Australia's former US Open winner Samantha Stosur was bundled out by Spain's Sara Sorribes, who came from a set down to beat the fifth seed 3-6, 7-5, 6-1.

Second seed Zhang Shuai safely progressed to the last 16 by thrashing Dutchwoman Richel Hogenkamp 6-3, 6-3 as Tokyo organisers looked to clear a backlog of matches caused by rain on Tuesday.