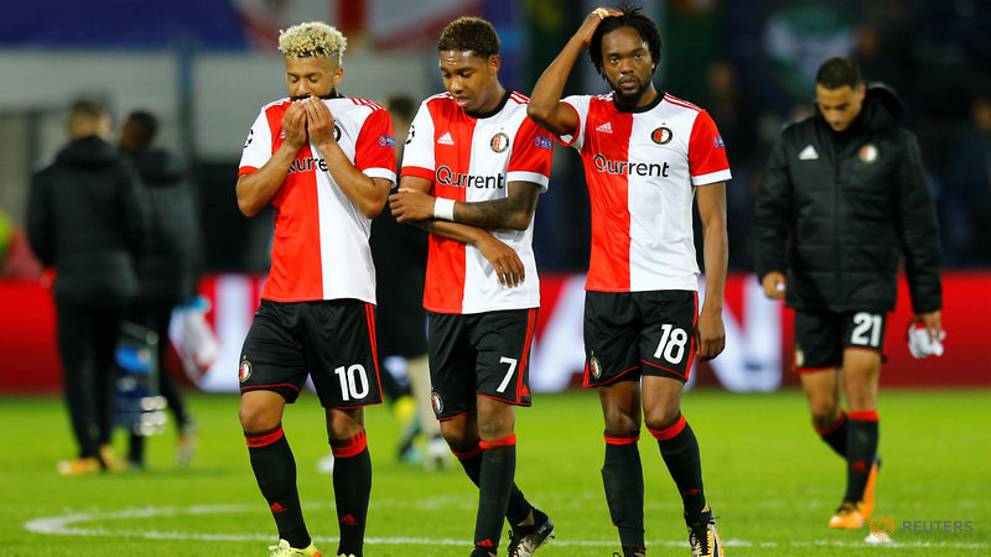 Shell-shocked Feyenoord admit they were out of their depth

Feyenoord's return to the Champions League after an absence of 15 years was something of a shock, coach Giovanni van Bronckhorst admitted while bemoaning the difference in quality after a 3-0 thrashing by Manchester City on Wednesday.

ROTTERDAM: Feyenoord's return to the Champions League after an absence of 15 years was something of a shock, coach Giovanni van Bronckhorst admitted while bemoaning the difference in quality after a 3-0 thrashing by Manchester City on Wednesday.

Just over 24 hours after suggesting in his pre-match press conference there was no reason why the Dutch champions could not win their opening Group F encounter, Van Bronckhorst admitted his side were largely out of their depth.

"It was getting acquainted with the highest of levels," he said after the home defeat in De Kuip. They played with such comfort, incredible movement off the ball.

"City are one of the top teams in the world and to beat them you have to have a really good day. And to make sure you do not start like we did. The difference was too great."

The inexperienced Feyenoord were a goal down after just two minutes and 3-0 behind at the 25-minute mark.

"It was too much for a number of the players at this highest level," added Van Bronckhorst. "But you also have to grow in the game and get some confidence. But going behind after two minutes was a real hefty blow for my team.

"I thought it was because of nerves. But you don't need to have any sympathy with us. I'm glad we are competing in the Champions League but you can see how big the difference is."

The next group assignment for Feyenoord, winners of the old European Cup in 1970, was not expected to get any easier with an away match at Napoli on Sept. 26.