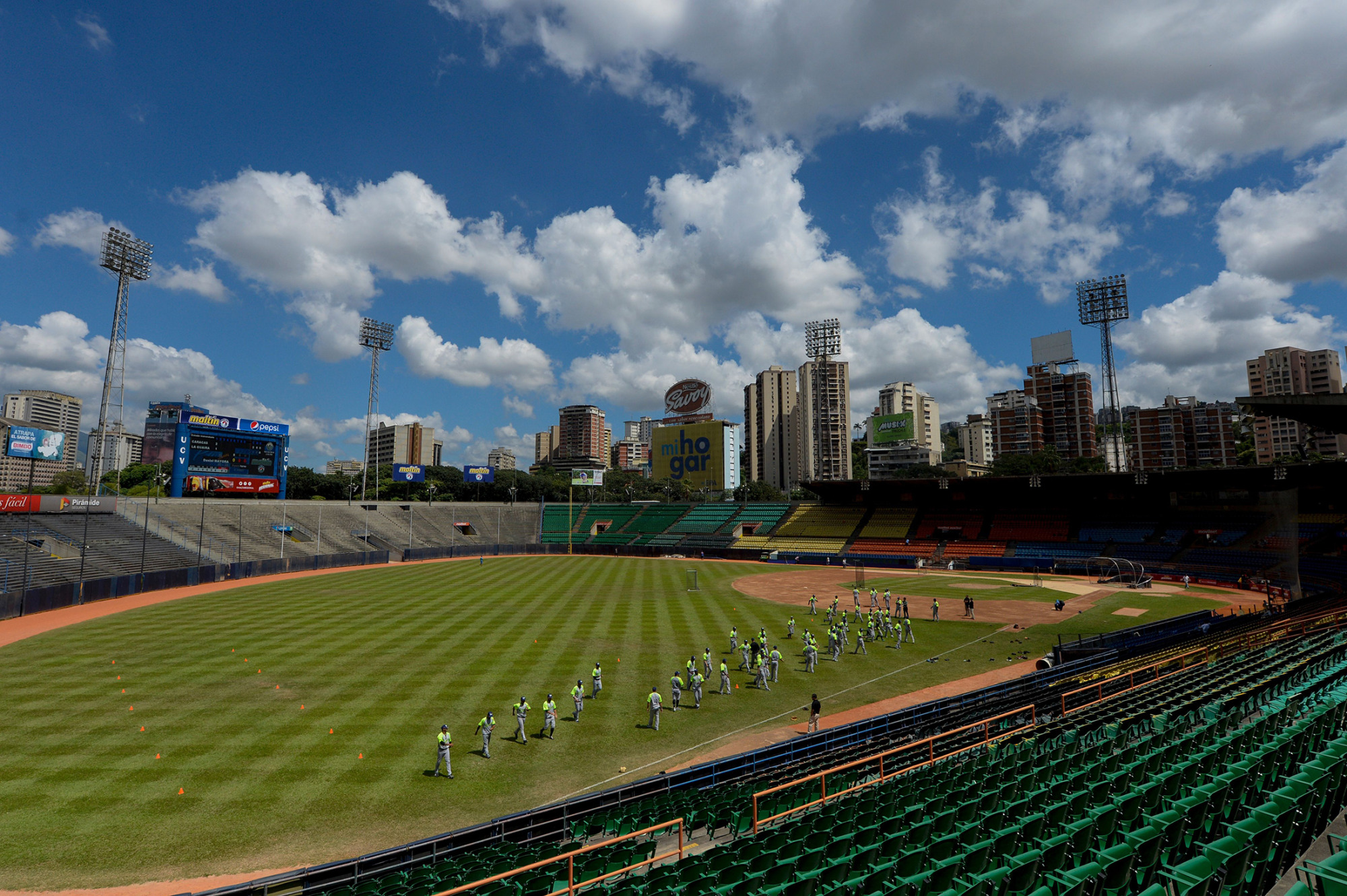 Baseball is a religion in Venezuela.

The country cheers Felix Hernandez, Miguel Cabrera and other local boys who’ve made it in the Major Leagues up north, then turns its attention to its very own winter league that runs from September through the end of the year. They’re raucous games featuring drumming, cheerleaders and copious amounts of beer. Alongside hot dogs, vendors hawk arepas.

But this season, no one is in the mood.

Venezuelans are outraged at the government’s decision to make $10 million available for importing equipment and paying players’ salaries at a preferential rate of 10 bolivars per dollar. This is not going over well in a country where grocers pay as much as 15,000 bolivars to import $1 of rice and poor Venezuelans struggle to feed their families amid the deepest recession on record, soaring inflation and shortages of affordable staples and medicine. The idea of precious dollars going to fund athletics is abominable, critics say.

Officials at the Leones de Caracas, a powerhouse franchise with a local stature roughly equivalent to the New York Yankees, have protested the move and called for an end to the preferential treatment.

“First we want dollars for medicine and food for the country, then, once the crisis is resolved, they can approve dollars for the league and events,” the club said this week on its Twitter account. “We’ve all lost friends and family due to the lack of medicine. We love baseball profoundly, but Venezuela comes first.”

During the economic collapse of recent years, spurred by a drop in oil prices and government incompetence, baseball has acted as a distraction from the daily grind. Major Leaguers will often play a few games in Venezuela around Christmas as a thank-you for fans. But even those appearances are becoming less frequent, with players afraid of kidnapping and extortion preferring to spend the off season in Florida or elsewhere.

President Nicolas Maduro, who succeeded the late Hugo Chavez, has overseen a historic economic collapse, consolidated power, delayed elections, persecuted opponents and effectively annulled the opposition-led congress. While medicines for cancer treatment remain scarce, and all but the most basic foods remain out of reach of most Venezuelans, a government known for showboating more than taking care of its people even offered $5 million to victims of Hurricane Harvey. That didn’t sit well at home.

“I’m not capable of going to the stadium knowing that a good part of the show is being paid for by preferential dollars for entertainment when there are people in vital need of food and medicine,” said Carlos Lopez, a 22-year-old recent college graduate in Caracas who has a degree in psychology . “I’m also not in agreement with the donation for the floods in Texas when we have our own floods with victims here in Choroni,” a coastal town.

And well-known U.S. athletes have also played in Venezuela. Pete Rose played for the Leones in the mid-1960s, and in the 1980s Barry Bonds did a stint with the Navegantes del Magallanes while Daryl Strawberry represented Los Tiburones de La Guaira. Current Baltimore Orioles center fielder Adam Jones played for the Cardenales de Lara in 2007.

Click here to read the QuickTake on Venezuela’s economic meltdown

The government has largely been silent on the current backlash. Back on the day the plan was announced, Vice President Tareck El Aissami framed it as a civic gesture.

“The professional baseball season is assured for our people and all of the fans,” he said. “May it be a high quality spectacle.”

Jorge Dima, a 28-year-old fan in Caracas, finds it distasteful.

“Even though I love sports, this isn’t right,” Dima said. “I’m not going to the stadium -- not to mention because it’s gotten too expensive -- and I’m so upset by it all that I might not even watch the games on television.”

— With assistance by Andrew Rosati