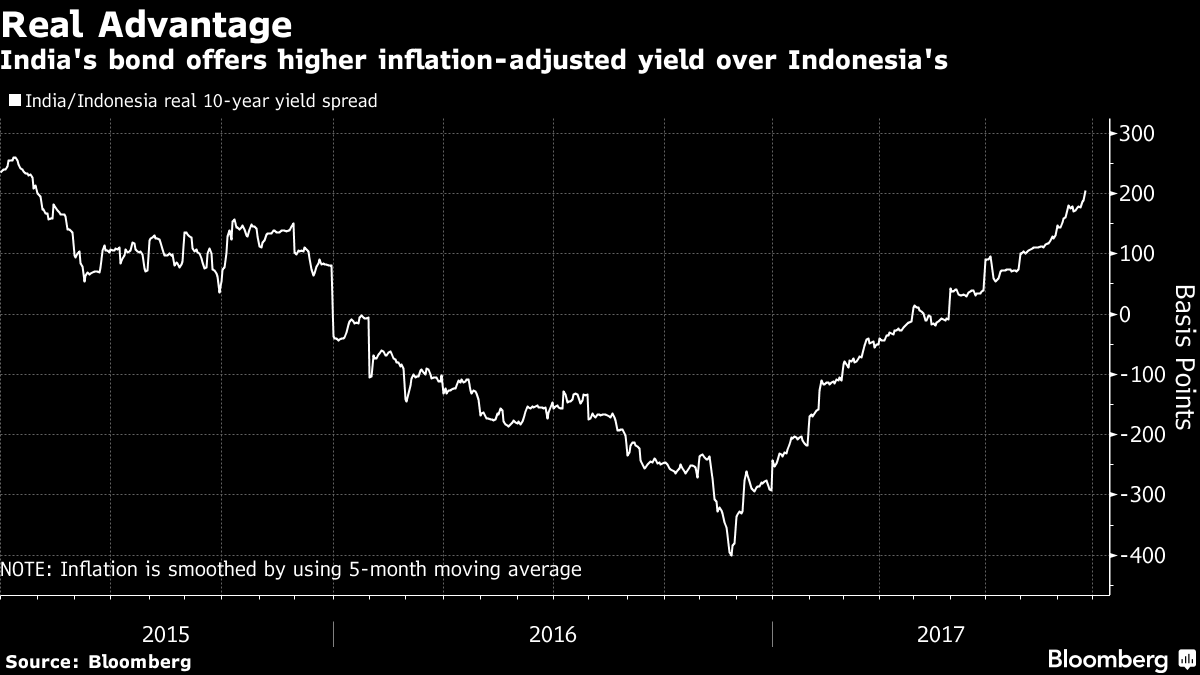 Indian bonds are offering the highest real yields over Indonesian debt since 2015, thanks to expectations of a divergence in policy stimulus between the two countries.

India inflation has averaged just 2.47 percent in the past five months, compared with 4.11 percent in Indonesia. As a result, the inflation-adjusted yield advantage that India’s 10-year notes offer over Indonesia’s widened to 202 basis points, the most since April 2015. This is a marked turnaround from November when the reverse was true, with a spread as low as minus 400 basis points.

Yields on India and Indonesian 10-year bonds are at 6.63 percent and 6.27 percent respectively, the highest in Asia. Both nations are rated at BBB minus by S&P Global Ratings with stable outlook.