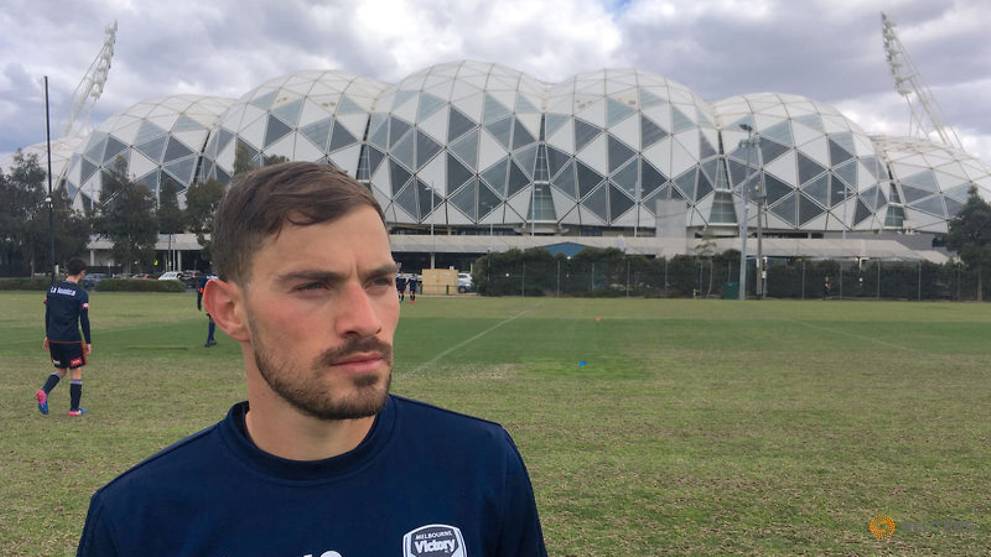 Burden of expectation on Socceroos as they face Syria in playoff

After missing out on automatic qualification for next year's World Cup finals, Ange Postcoglou's Australia meet outsiders Syria in the first leg of their playoff on Thursday, knowing the weight of expectation sits squarely on the Socceroos' shoulders.

HONG KONG: After missing out on automatic qualification for next year's World Cup finals, Ange Postcoglou's Australia meet outsiders Syria in the first leg of their playoff on Thursday, knowing the weight of expectation sits squarely on the Socceroos' shoulders.

Saudi Arabia's win over Japan in Jeddah in their final group match last month ensured the Gulf nation joined Vahid Halilhodzic's team on the plane to Moscow next summer while leaving four-time finalists Australia needing to take the long road to Russia.

The first stage of that journey begins at Hang Jebat Stadium in the hot and humid Malaysian city of Melaka where Postecoglou and his players meet a Syrian side that has defied expectations.

But the former Brisbane Roar and Melbourne Victory coach is expecting few surprises when the teams clash in the first of their two encounters over five days.

"Iraq were a similar type of opponent and most of the teams we have faced have set up that way, so it's not going to be anything new to us," Postecoglou told the Socceroos' official website.

"And whether it's the pitch, the conditions, the venue we have always had to face these challenges and there will be nothing in that first game that we haven't faced before."

The Syrians, who have never qualified for the World Cup and have been forced to play all of their home games in neutral Malaysia due to the security situation at home, come into the game boasting one of the most in-form strike forces in Asia.

Al Hilal's Omar Khrbin scored a hat-trick in the first leg of his club's Asian Champions League semi-final meeting with Persepolis of Iran last week while Omar Al Somah, who recently returned to the national team after a self-imposed exile, was on target in Syria's 2-2 draw with Iran.

The stifling conditions in Melaka should also present little barrier to their performance given Ayman Hakeem's team have won two and drawn three of their five games played there so far in qualifying for Russia 2018.

"It's a critical match on Thursday and it's important for our ambitions and the dreams of millions of Syrians," said Syria team manager Fadi Al Dabbas.

"The result will be important ahead of the second leg. We have got past the first rounds of qualifying and we have two decisive matches, but we have a lot of confidence in our players."

At stake for both teams is a place in a playoff against the fourth-placed team in qualifying from the Concacaf region in November, with the winner of that clash advancing to the finals.

"We're not playing for points, you can't make up the points later on. So it's do-or-die stuff."