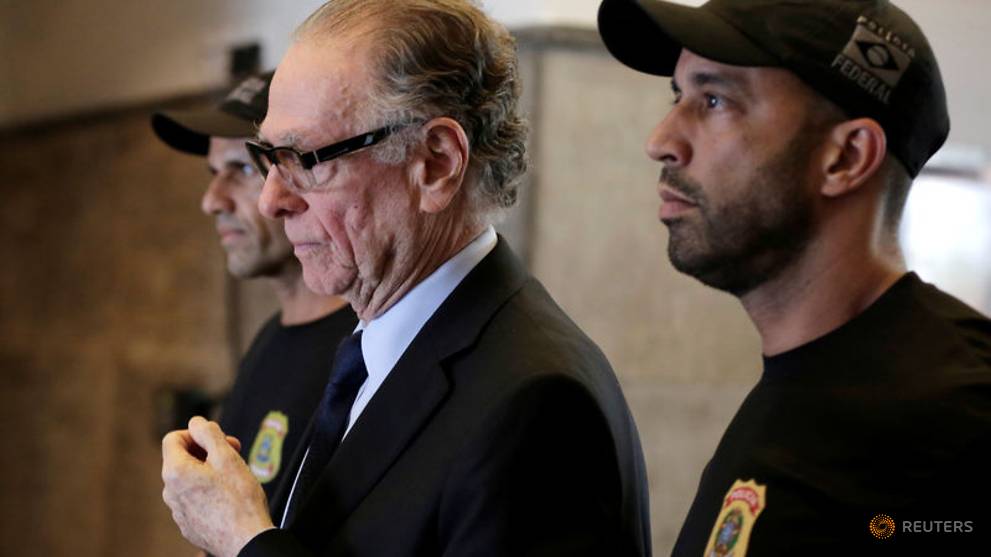 A Brazilian federal judge on Monday extended the custody of Brazil's national Olympic committee head Carlos Nuzman, who was arrested last Thursday in connection with a corruption investigation.

The decision by Judge Marcelo Bretas means there is no deadline for Nuzman, 75, who was originally to be held five days, to be released from custody.

Nuzman, a former IOC member and now an honorary member, is accused of arranging more than US$2 million in bribes to get the IOC to pick Rio de Janeiro as host of the 2016 Olympic Games and also faces allegations including corruption and money-laundering. He has denied any wrongdoing.

Nuzman asked for a leave of absence as head of the Brazilian Olympic Committee on Saturday to work on his defence.

Rio was awarded the Games in 2009, beating out Chicago, Tokyo and Madrid. The COB was suspended because it was responsible for Rio's bid to stage the Games, the IOC said last Friday.