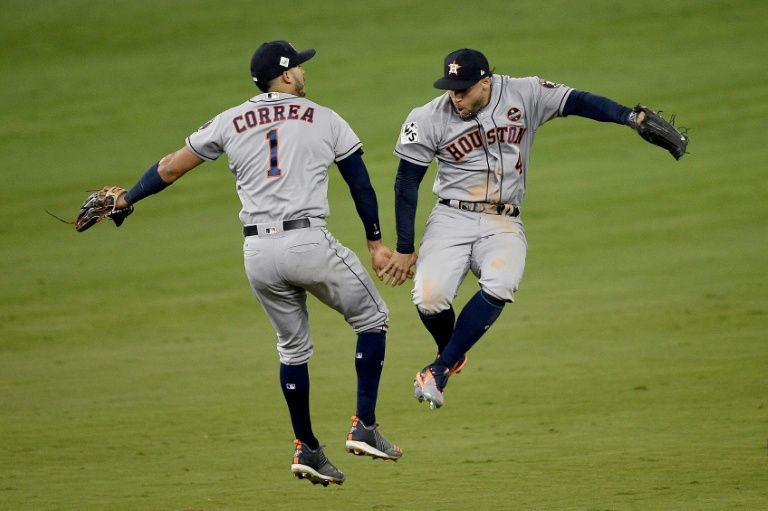 Astros even World Series with wild win over Dodgers

The Houston Astros out-dueled the Los Angeles Dodgers 7-6 in an 11-inning thriller on Wednesday to level the World Series at one game apiece.

George Springer smashed a two-run homer in the top of the 11th to cap the Astros' late charge.

It proved just enough as the teams combined for an astonishing five extra-inning home runs -- a record for a Major League Baseball post-season game.

"That's an incredible game on so many levels, so many ranges of emotion," said Astros manager A.J. Hinch. "That's one of the most incredible games you'll ever be a part of."