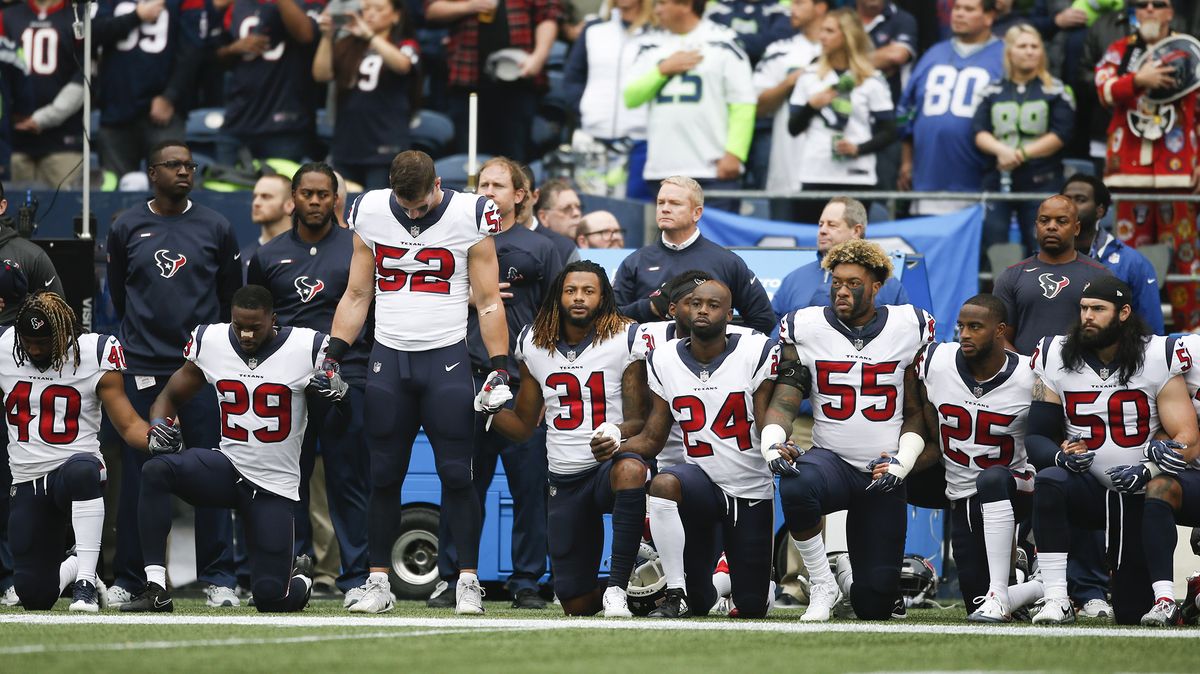 Most Texans Kneel During Anthem After Owner's Comments

Seattle (AP) -- All but 10 members of the Houston Texans took a knee during the national anthem Sunday, as the vast majority of the team protested the owner's "inmates running the prison" comment.

The Texans had indicated there would be some type of protest following the comments by owner Bob McNair.

McNair issued two apologies attempting to explain his comments after a story in ESPN The Magazine revealed that he said "we can't have the inmates running the prison" during a meeting of NFL owners about players protests.