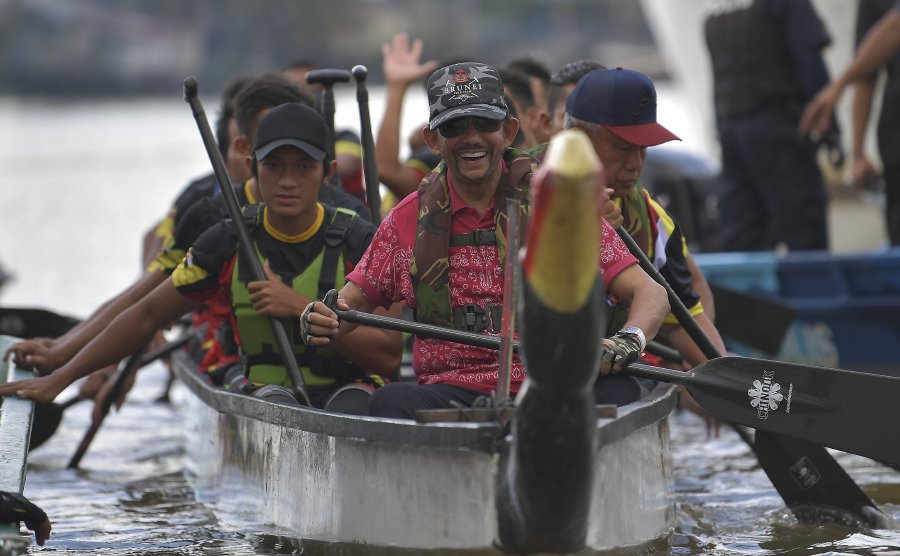 The Sultan of Brunei, Sultan Hassanal Bolkiah took everyone by surprise when he decided to take part in the 2017 Sarawak Regatta at the Kuching Waterfront here today. Not only did the Brunei ruler graced the event, he also led his team to victory in one of the categories held this afternoon. The sultan, seated in front of the traditional longboat, paddled together with his 20 teammates in the VIP category for men.

Sarawak Regatta, introduced since the Rajah Brooke’s era, was aimed to promote friendship among the various tribes in Sarawak. This year's competition, themed "Race For Harmony", started on Nov 10. The ‘Landas 11’ team won the overall category and crowned as the ‘Raja Sungai’ (King of the River). The team, comprising 30-paddlers, walked away with RM10,000 cash and a trophy. They clocked 7.40 minutes.