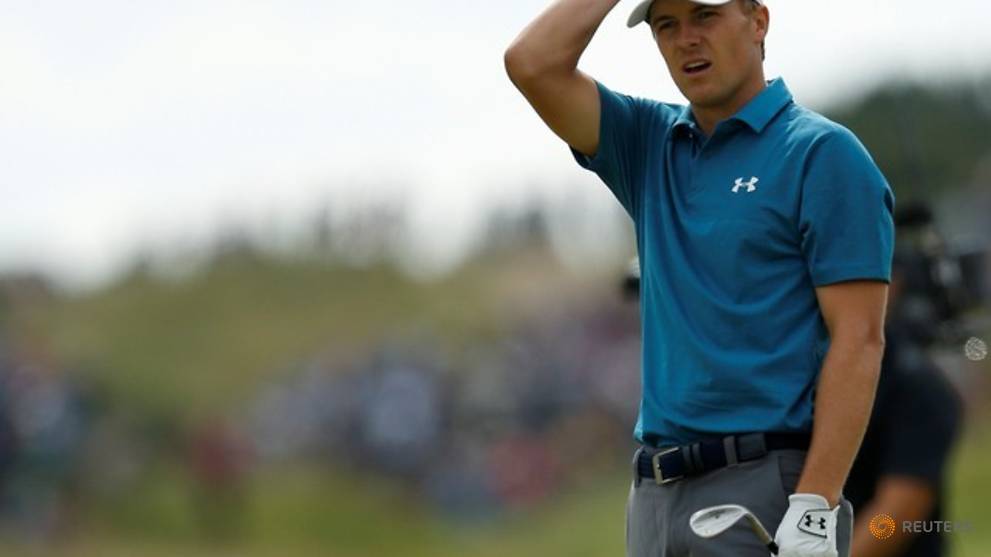 Jordan Spieth will depart Australia after his fourth successive November visit without the Stonehaven Cup but positive about his game after ending a seven-week layoff.

SYDNEY: Jordan Spieth will depart Australia after his fourth successive November visit without the Stonehaven Cup but positive about his game after ending a seven-week layoff.

The world number two could not buy a putt for most of the week at The Australian Golf Club and a four-under 67 on Sunday was not enough to bridge the gap on the Australian Open leaders.

The 24-year-old completed the unsuccessful defence of the title he won in 2014 and again last year with a flourish, though, when he finally found his range with the putter and nailed a eight-footer for an eagle.

"You know, it happens, you have off putting weeks," the American said.

"Today was a better putting day, even though I didn't make that many birdies. I may have had one bogey and a few birdies and an eagle, but it felt like it could have been something special."

Spieth had Cameron McCormick on his bag for the tournament as his regular caddie Michael Greller stayed in the United States to be with his newborn son and felt that having his coach out on the course with him had been a valuable experience.

"I think it just gives him a little bit more knowledge into the intricacies of a round and how things take shape over four, five hours," he said.

"I think he has more respect for Michael and how difficult it is to caddy. He said his hips were hurting a lot and just judging the cross winds and trying to be confident in your decisions. He was fantastic though."

Next up for the Texan is Tiger Woods's Hero World Challenge in the Bahamas and, although wary of the travel, Spieth thought he was in a good place with his game.

"I feel great," Spieth, who finished first, joint second and first on his previous three visits Down Under, added. "The game feels good and having Cam see pretty much all the swings that I hit, and all the putts, I have that kind of extra confidence.

"I know where things are throughout the swing and, so it should be easy, I shouldn't have too many questions next week, which will be nice."

Although eighth place and five shots behind winner Cameron Davis was not what he had been hoping for, Spieth did not rule out coming back for a fifth year.