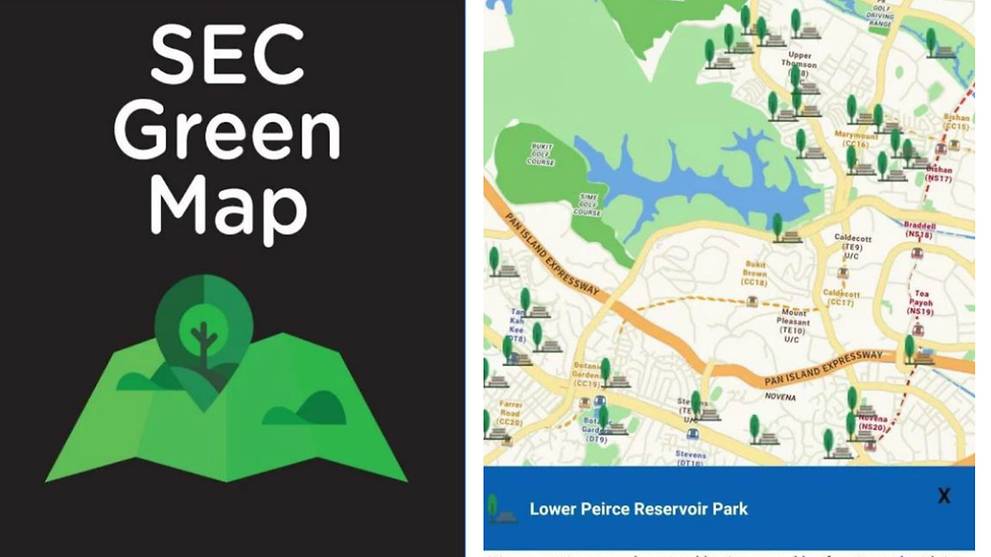 Screengrab of the app on GooglePlay which encourages green living and showcases eco-friendly products.

SINGAPORE: Finding the location of the nearest recycling point as well as keeping abreast of green activities will soon be easier, with a new app launched by the Singapore Environment Council (SEC) on Tuesday (Dec 12).

The SEC Green Map app will have features which will be able to tell you where the  recycling bins are as well as details of upcoming green activities, like beach clean-ups and car-free events.

To encourage green living, eco-friendly products will also be showcased on the app.

By the second half of 2018, the app will also be enhanced to include a carbon calculator for individuals to track and calculate their carbon footprint on a daily basis.

The SEC Green Map app will have features such as the location of recycling bins and details of upcoming green activities, such as beach clean-ups and car-free events.  ​​​​​​​

Speaking at the launch of the app, Minister for the Environment and Water Resources Masagos Zulkifli encouraged more to adopt a green lifestyle.

“As a small island city-state, Singapore is vulnerable to the effects of climate change. Last year was the warmest year on record globally and in Singapore," said Mr Masagos.

"Rising sea levels and intense rainfalls will have real and far-reaching implications."

He added that businesses must also consider the impact of climate change on their operations and develop measures to reduce their carbon footprint.

Under the 2015 Paris Agreement, Singapore has committed to reduce emissions intensity by 36 per cent by 2030 compared to 2005 levels.

It also aims to stabilise its emissions, with the aim of peaking around 2030.

As part of Singapore's efforts to cut greenhouse emissions, a carbon tax will be introduced in 2019.

The Carbon Pricing Bill, which will set out a framework for implementing the carbon tax, including requirements for measurement, reporting and verification, will be tabled in the first quarter of 2018.

At the same event, the SEC announced that 12 pulp and paper products have been certified under its enhanced Singapore Green Labelling Scheme (SGLS).

The enhanced scheme, launched in January this year, requires companies to meet stricter environmental standards such as haze fighting measures.

The 12 products to receive certification under the enhanced SGLS are all produced by consumer goods company Kimberly-Clark.

The SEC Green Map app is already available for Android users and will be available on the Apple app store before Christmas this year.