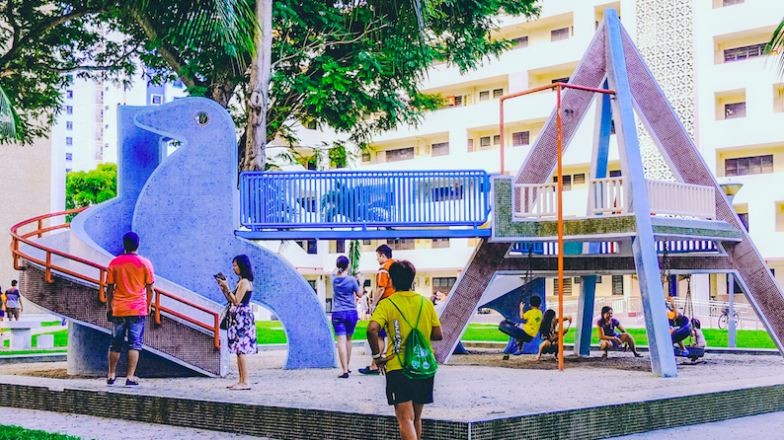 One of Singapore’s oldest housing estates is set to be totally rejuvenated, said National Development Minister Lawrence Wong, who yesterday announced that the iconic Dakota Crescent neighborhood will be redeveloped for public housing. As opposed to yet another lofty condominium or another unnecessary shopping mall.

After much consideration, the government made the decision of taking the ancient estate into modern times, without demolishing what made Dakota Crescent so special to those who grew up there since it was developed in 1958. According to Wong, they’ll be retaining the central cluster of buildings around the courtyard area — which includes the Dove playground — and repurpose them for civic and community uses.

“This will provide more public housing options near the city, and allow another generation of Singaporeans to build their own memories of the place,” wrote the minister in a Facebook post.

Wong envisions the estate to be an “interesting mixed-use area” with modern flats, vibrant community spaces, and re-used old buildings.

Residents of Dakota Crescent had to move out by the end of last year to make way for new developments under estate renewal plans, raising concerns that the quaint, nostalgic district that existed before the formation of the Housing Development Board would be replaced by soulless housing projects.

“We will continue to engage stakeholders and involve the wider community as we redevelop this estate,” concluded Wong.