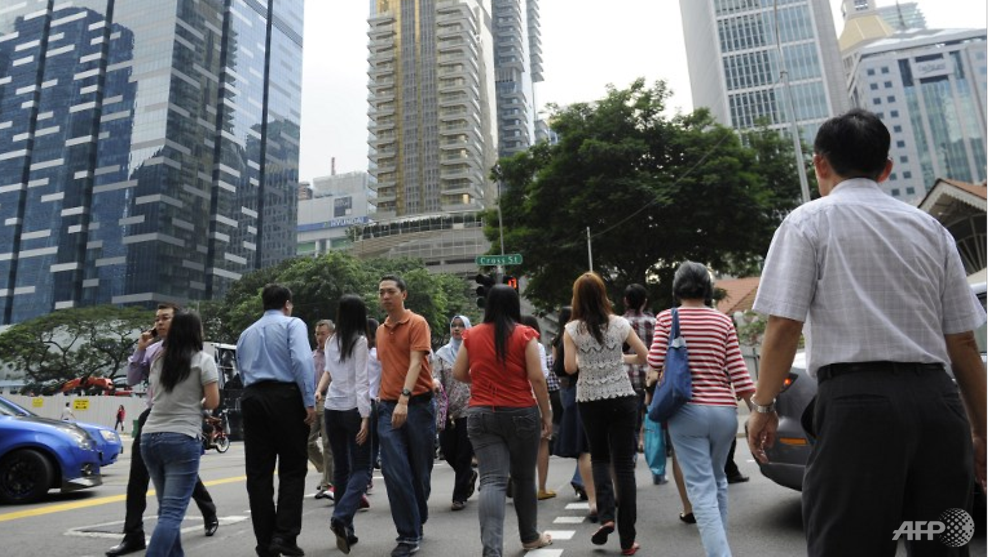 Unemployment rate for Singaporeans drops to 3.2% in Q3

SINGAPORE: The labour market in Singapore continued to improve in the third quarter, with the seasonally adjusted unemployment rate for citizens declining from 3.3 per cent in June to 3.2 per cent in September, said the Manpower Ministry (MOM) in a report released on Wednesday (Dec 13).

Overall, the unemployment rate remained unchanged at 2.2 per cent and for residents at 3.1 per cent.

Total employment, excluding foreign domestic workers, contracted by 4,100 jobs in the third quarter. But the drop was lower than in the first two quarters, and affected mostly foreign workers in the marine and construction sector, MOM said.

Retrenchments also declined, dropping from 3,640 in the second quarter to 3,400 in the third.

For the whole of 2017, local employment is likely to grow more than the 11,200 recorded in 2016, even as total employment could contract due to declines in the marine and construction sector, the ministry said.

"In line with the Ministry of Trade and Industry’s 2018 GDP growth forecast of 1.5 per cent to 3.5 per cent, with growth likely to come in at around the middle of the forecast range, local employment is expected to continue to grow next year but remain uneven across sectors," MOM added.

The figures I supposed is under declared as I see so many unemployed everywhere some still searching for jobs.