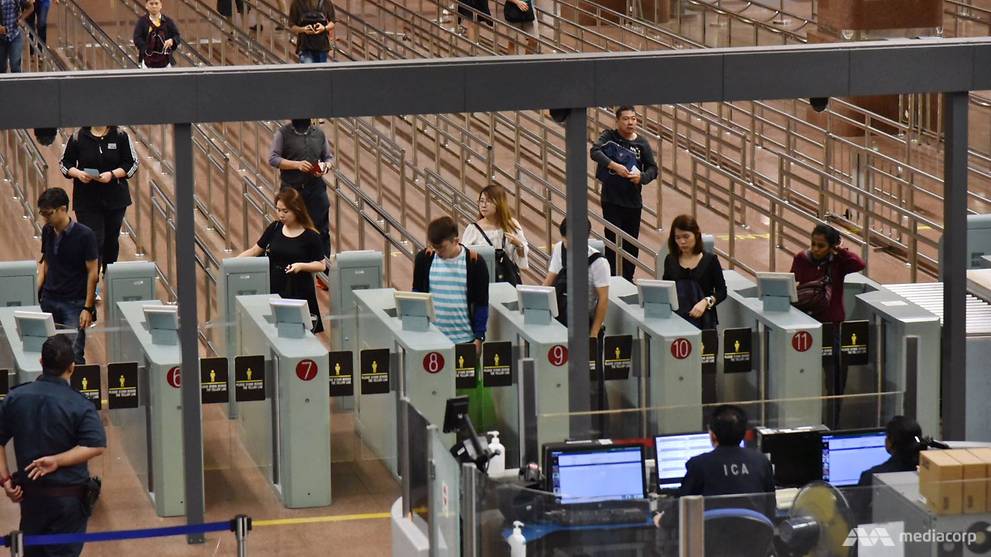 Did you bring the right passport to the checkpoint?

SINGAPORE: In the first 10 months of this year, about 600 Singaporeans turned up at the Tuas and Woodlands checkpoints either with a wrong passport, or without a passport.

While it may be a mistake, these travellers will be subjected to a thorough security check, causing a hold-up and inconvenience to other travellers, the Immigration and Checkpoints Authority (ICA) said on Wednesday (Dec 13).

“After conducting our checks on him, we have to turn him back because we cannot allow him to depart. Because the land checkpoint is a restricted area, we need resources to escort him out,” said Superintendent Muhammad Nagib Ali, senior assistant commander at Tuas Checkpoint.

While the number is not big and a slight drop from the 622 in 2015, ICA said that these avoidable cases have the potential to lead to congestion, and require manpower.

About 3,000 foreigners also tried to enter Singapore with expired, invalid travel documents or no documents at all.

ICA gave these figures during a media briefing at Tuas Checkpoint to give a glimpse into what is being done to manage checkpoint operations during the year-end peak period.

Traffic flow through the Woodlands and Tuas Checkpoints is expected to be heavy from Dec 22 to 26 and Dec 29 to Jan 1 next year, ICA said.

In order to improve the flow of traffic, ICA said it monitors real-time traffic to open up an appropriate number of lanes for the different modes of transport. On the roads are also officers to ensure that there is no “ballooning” caused by motorcyclists who try to cut the queues by coming in from the outer lanes.

Such ballooning can cause a jam as the motorcycles can potentially take up all lanes, preventing cars and buses from passing through.

ICA officers also put in up to 14 hours a day to handle the traffic that gets heavy as early as 5am. The authority also leverages on technology to ease the flow, with 164 automated clearance lanes in total at both checkpoints for motorcyclists. These counters speed up motorcycle clearance by up to 30 per cent, ICA said.

However, as much depends on motorists’ behaviour, Supt Nagib appealed to motorists to observe lane discipline.

SECURITY NOT COMPROMISED DESPITE HEAVIER TRAFFIC

Despite the heavier traffic, ICA said that security will not be compromised, as it brought the media on a tour of the security checks that are conducted.

At every stage of the immigration clearance process, officers identify travellers who may be smuggling contraband items and acting suspiciously.

Those who are suspected of carrying security-sensitive items such as arms and explosives are referred for more thorough checks.

From January to October this year, about 36,000 contraband cases were detected at land checkpoints. These cases, 118 on average a day, mostly involved the smuggling of cigarettes and drugs through methods like strapping the items onto the body, and concealing them in modified compartments.

As Tuas Checkpoint is the only one that allows the transportation of poultry and hazardous materials, cargo is also checked for chemical, biological, radiological and explosive materials, and potential viruses in the case of poultry.

“This is important because these substances can be used for self-made bombs or malicious intent, and cause damage in Singapore,” Supt Nagib said.

Oh l didn't know so many people actually never bring their passport when going across! That's why sometimes there is such a long queue because of the security procedures.