SCDF: Have heart and stop abusing our officers

According to a Facebook post by the Singapore Civil Defence Force (SCDF) today, there has been too many cases of abuse against their officers in 2017.

In 2017, there has been 16 cases of officer abuse. While this is an improvement from last year's 20 cases, 16 cases is still way too many, especially when the officers are working with our best interests at heart.

The Facebook post highlighted two cases in which the SCDF officers were abused just for doing their jobs.

In the case, a man was being taken to the hospital. However, the man ended up punching a full-time National Service (NSF) Emergency Medical Technician (EMT) and even putting him in a headlock.

In the second case, another man was also being taken to the hospital. A SCDF officer was administering an intravenous (IV) line to the man when he was attacked.

In both cases, the abusers were sentenced to a jail term for hurting a civil servant.

The post also highlighted that the officers are all working with the public's best interests at heart and that all forms of abuse on their officers are frowned upon.

It ended the post urging people to "have a heart". After all, those officers are working to help and not harm.

The SCDF's job is a perilous and tough one. Overall, it seems that they are prompt and efficient in rescuing people and getting them out of harm's way, don't you think so?

Hence, let's remember what the post is urging everyone to do, have heart and remember that the SCDF does not deserve the abuse it is receiving.

mutual respect is what is all needed.no point arguing who is right or wrong 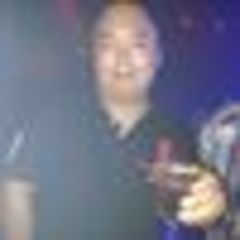 It just ur 1 side story

Our Men in All Colours are OUR PRIDE - EVERY inch of Singapore is Safe with them around - Please refrain from insulting or abusing them. Under any and every circumstance they always display a Happy SMILE.

They are the first helping hand we could get and why do people misbehave to them?

Just respect each other then is win win situation.