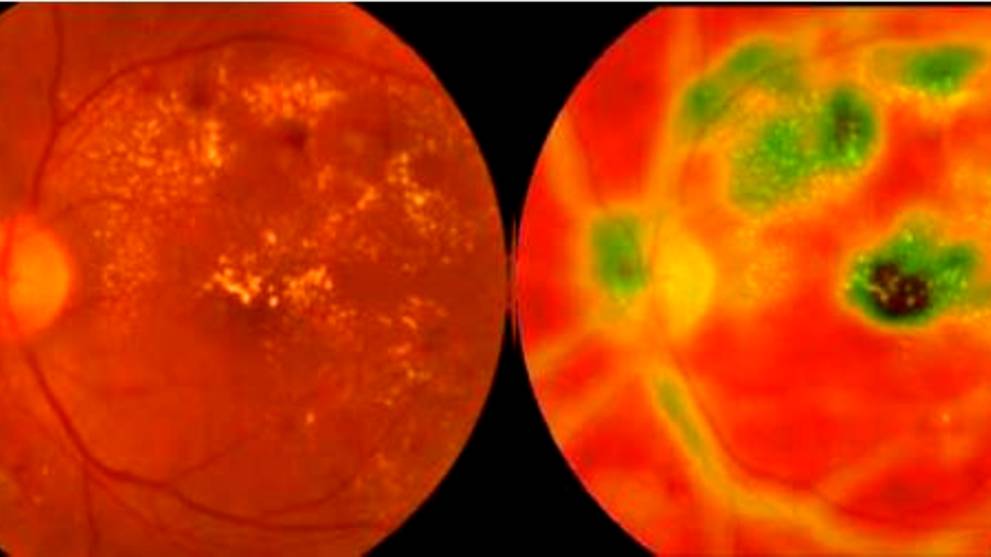 Other than diabetic retinopathy, the AI technology can also screen for glaucoma and age-related macular degeneration - the first system in the world to do so, according to a joint statement released on Thursday (Dec 14).

The AI technology uses a Deep Learning System (DLS), which thinks and makes decisions like human intelligence, to differentiate those with and without the eye conditions, according to the joint statement released on Thursday (Dec 14).

The study was published in the Journal of American Medical Association on Dec 12.

“We developed and trained a DLS to classify retinal image into those with and without referable diabetic retinopathy, referable glaucoma suspects and age-related macular degeneration,” said Professor Wong Tien Yin, the study’s senior author, who is also medical director of SNEC and chairman of SERI.

“Once this DLS was trained, we tested and validated it to detect these eye conditions using separate datasets, including 10 external datasets from multi-ethnic populations across different countries."

The 30 co-investigators used the world’s first and largest dataset consisting of nearly 500,000 retinal images to evaluate the use of the DSL, said Assistant Professor Daniel Ting, lead author and clinical head of the SNEC team from SingHealth Duke-NUS.

“The system has sensitivity greater than 90 per cent and specificity greater than 85 per cent to detect these conditions,” said Professor Lee Mong Li Janice from the Department of Computer Science at the NUS School of Computing, who is also one of the study’s senior authors.

One in three persons with diabetes have diabetic retinopathy, although five of six people who have the eye condition are unaware of it, stated the joint press release.

To address the situation, the Singapore Integrated Diabetic Retinopathy Program (SiDRP) was set up, and in 2017, has screened 100,000 persons with diabetes across 18 primary care clinics in Singapore.

However, SiDRP relies mostly on “human grading” of the retinal photographs by a team of trained professional graders or optometrists.

With the rising prevalence of diabetes, SiDRP and other diabetic retinopathy screening programmes are affected by the availability, training and retention of these professional graders and optometrists as well as long-term financial sustainability and access.

The AI-based DLS - the brainchild of the clinical team from SNEC and SERI (including Prof Wong and Assistant Prof Ting) and the technical team from NUS School of Computing (including Prof Lee, Professor Wynne Hsu, and Dr Gilbert Lim) - is aimed at increasing the “efficiency and reduce cost of screening diabetic retinopathy by replacing a large proportion of what is now requiring 'human assessment'," said Prof Wong.

“It will be easier to set up diabetic retinopathy screening programmes in communities in the future which could largely be done automatically by DLS," added Prof Wong, who is also chair of ophthalmology and vice-dean at NUS’ Duke-NUS Medical School.

"It will also save cost and improve efficiency of healthcare system by allowing ophthalmologists and optometrists to concentrate on treating only diabetic retinopathy cases that require treatment."

The AI system is currently in the beta testing phase and used in SiDRP alongside human graders. They are also increasing datasets from around the world, aiming to achieve five million images over the next five years.

The researchers are also looking into developing more complex algorithms for different diabetic retinopathy severity levels, and predicting diabetic retinopathy incidence and progression, said Prof Hsu from the Department of Computer Science at the NUS School of Computing, who is also one of the senior co-authors of the paper.

They will also look into diabetes-related complications such as stroke, coronary diseases and chronic kidney diseases, said Prof Hsu.