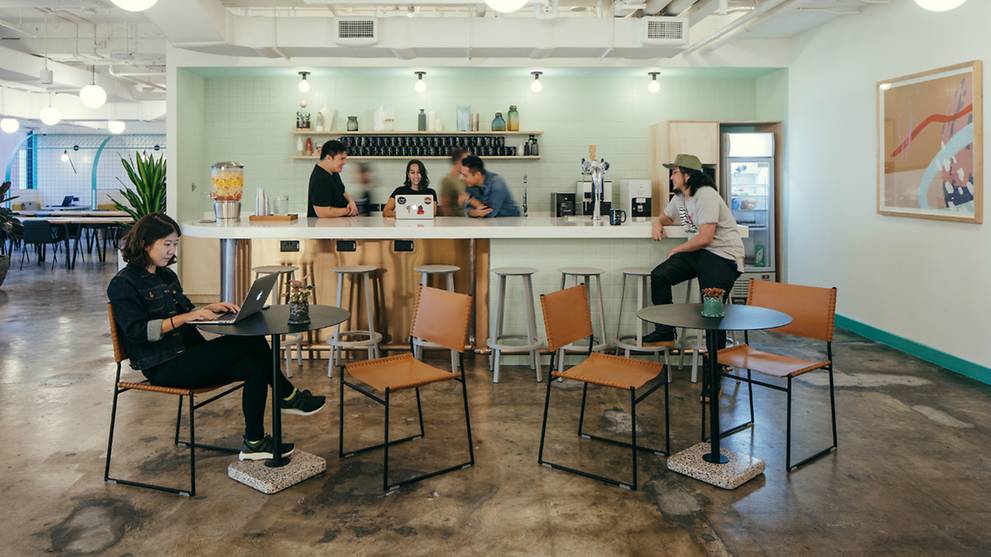 SINGAPORE: WeWork, the world’s largest provider of shared work spaces, opened its first location in Singapore on Thursday (Dec 14) and has plans for at least two more co-working spaces here.

The three-storey WeWork Beach Centre is the New York-based company’s first branch in Southeast Asia and 200th around the world. Its members include multinational companies such as HP as well as local start-ups like restaurant-booking app Chope and digital insurance app PolicyPal.

Rapid growth in Singapore is on the cards for WeWork. (Photo: WeWork)

Rapid growth in Singapore is on the cards, said WeWork, which has been eagerly expanding in Asia.

Its second location is scheduled to open in early 2018 at 71 Robinson, with a third planned at the redeveloped Funan DigitaLife Mall.

The opening on Thursday comes four months after WeWork announced that it will acquire Singapore’s Spacemob as part of a US$500 million (S$681 million) push into Southeast Asia and South Korea.

WeWork said Singapore will serve as a gateway to the company’s regional expansion into other Southeast Asia markets.

“Singapore is a global hub that acts as a springboard into the whole of Southeast Asia and beyond. We see numerous expansion opportunities in the region that will only serve to strengthen our global community,” said WeWork Asia’s managing director Christian Lee, while adding that the company will enter several new markets in Southeast Asia next year.

The American company’s debut comes amid an increasingly crowded co-working market in Singapore.

Shared office spaces have mushroomed in recent years to provide workspaces for users as varied as freelancers, entrepreneurs and companies looking to contain costs. But as the market gets increasingly competitive, some smaller local operators have fallen prey to consolidation.

Those still standing have ramped up their physical presence or teamed up with external partners. Local player JustCo, for one, merged with China’s naked Hub in July to form what it claimed to be Asia’s largest co-working operator.

Meanwhile, Chinese player UrWork has its eyes set on a second location in Singapore. The 1,300 sq m space at Suntec City, scheduled for the first quarter of 2018, will focus on small- and medium-sized enterprises from the financial industry.

Beijing-based UrWork opened its first co-working space at the JTC LaunchPad @ one-north in June. Members range from bicycle-sharing start-up ofo to large corporations like Citic Bank and JD logistics, according to founder and CEO Mao Daqing.

Mr Mao added that the Chinese operator stands out for its ability to facilitate business expansion and growth for companies targeting the Chinese market.