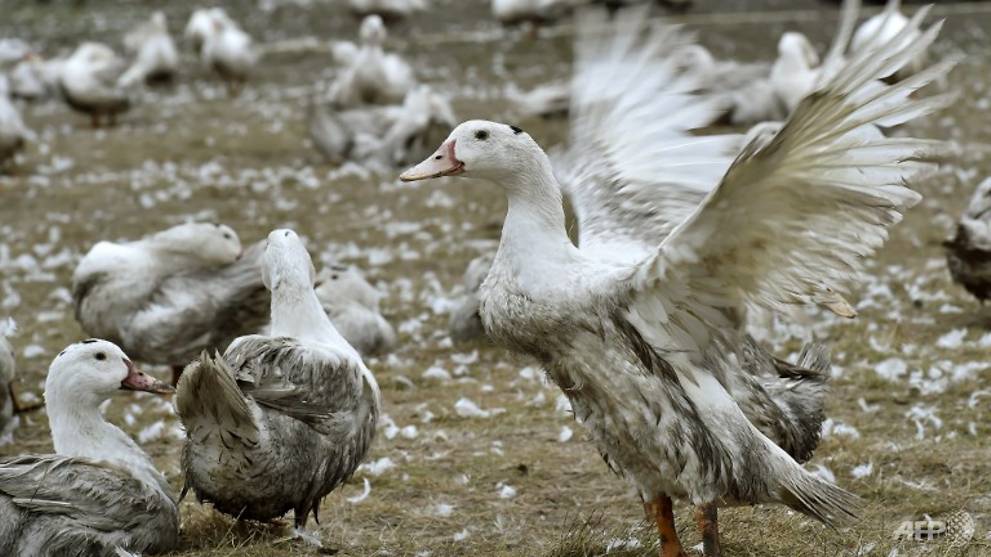 File photo of ducks at a duck farm. (AFP/Georges Gobet)

SINGAPORE: The Agri-Food and Veterinary Authority (AVA) has temporarily restricted the import of poultry and other products from an area in the Netherlands, following an outbreak of highly pathogenic bird flu in a duck farm there.

The import of poultry, poultry products and ornamental birds that come from a 10km restricted area around the affected duck farm in Biddinghuizen, the Netherlands, will be temporarily restricted, the authority said in response to Channel NewsAsia queries on Friday (Dec 15).

This follows the outbreak of H5 highly pathogenic avian influenza in the duck farm.

However heat-processed poultry products, which meet the requirements for the destruction of the virus, will not be affected, said AVA.

So far this year no poultry, poultry products or ornamental birds have been imported from the affected area, the authority added.

The Netherlands has confirmed an outbreak of highly contagious bird flu that has led to the culling of nearly 16,000 ducks, the World Organisation for Animal Health said earlier this week.

The highly pathogenic H5N6 strain was discovered on the duck fattening farm in Biddinghuizen on Dec 7, and a 3km surveillance zone and 10km protection zone were established around the farm.