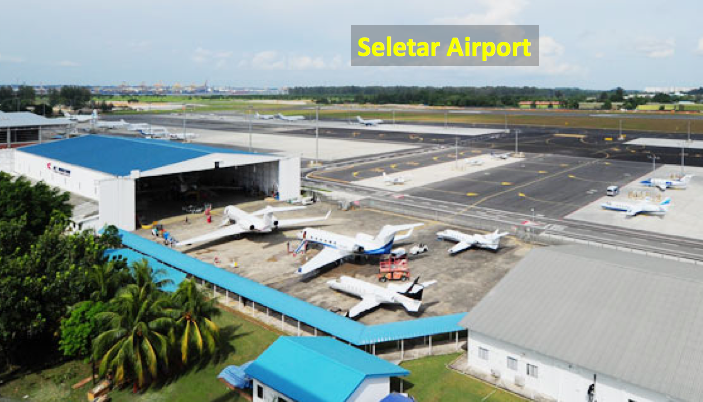 Seletar Airport is the only other civilian international airport operating in Singapore today apart from Changi.

Although it is a much smaller airport and less well-known compared to its larger and more prestigious cousin, Seletar has been around much longer, and was once the largest base for the British Royal Air Force (RAF) in the Far East.

Built with the labour of , the air base became operational in 1928.

Four RAF “flying boats” were some of the first planes to be based there.

Despite its early purpose as a military air base, RAF Seletar was also used for commercial flights until  as Singapore’s civil airport.

What happened during World War Two

On Dec. 8, 1941, RAF Seletar was the target of carpet bombing in the first Japanese air raid of the Second World War on Singapore.

The base had little to contribute to Singapore’s air defence, as its main planes were a squadron of flying boats and obsolete torpedo bombers.

During the Japanese Occupation (1942 to 1945), RAF Seletar was renamed Seretar Hikojo, and the badly damaged air base was repaired by Allied prisoners-of-war.

The runway at the present airport was originally built during the Occupation.

After the war, RAF Seletar played an active role in supporting operations related to the Malayan Emergency (1947 to 1960) and the Indonesia-Malaysia Confrontation (1963 to 1966).

Following Singapore’s independence, the British withdrew from Singapore, and the eastern part of base was taken over by the Singapore Armed Forces (SAF), while the western portion became commercial and residential areas.

Over time, Seletar Airport developed into Singapore’s only other civil international airport that isn’t Changi. It presently serves private jets and flight training.

Since 2007, plans have been set to develop Seletar Airport and its surrounding area into the upcoming Seletar Aerospace Park which is expected to be fully completed by next year.

So far, the airport has extended its , and built a . A new passenger services terminal is also being built to enhance its handling capacity and services, as it aims to attract more well-heeled travellers who fly using private jets.