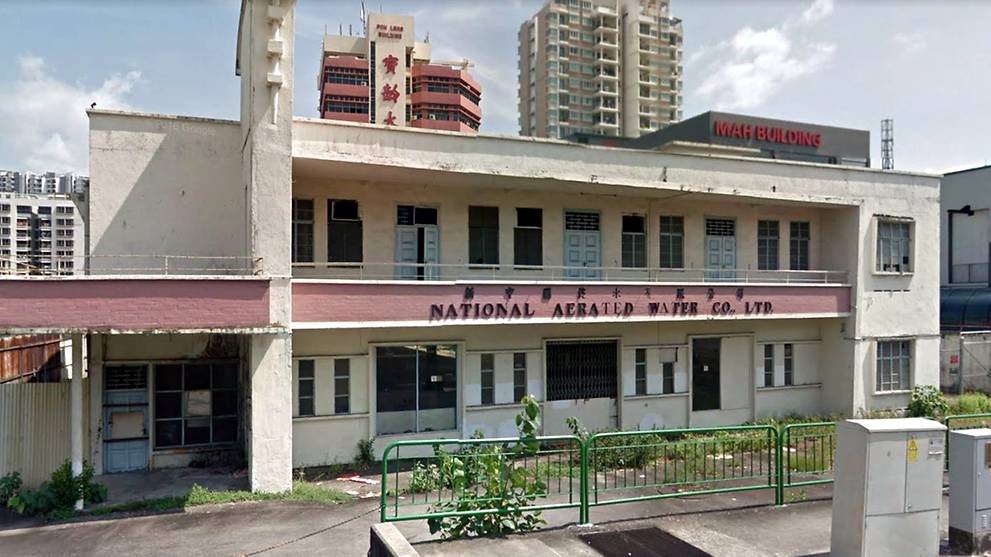 SINGAPORE: The main building of the former National Aerated Water Factory will be gazetted for conservation in recognition of its heritage value, the Urban Redevelopment Authority (URA) said on Friday (Dec 15).

Selangor Dredging Berhad (SDB), owner of the Art Deco style building located at Serangoon Road, is supportive of conservation efforts and is working closely with URA to "keep the building as part of our national history", URA said in a statement on its website.

The building will be transformed into a "unique and lively commercial area" next to a park connector near the Kallang River, said Ms Teh Lip Kim, managing director of SDB.

It will be integrated into a new residential development, said URA, adding that the building would not have a fence along the main road and river to give the public a chance to "get up close and personal with this heritage gem".

Completed in 1954, the building is a well-known local landmark and used to be a bottling factory that produced soft drinks such as Sinalco, Kickapoo Joy Juice and Royal Crown Cola.

It is also one of the last remaining structures along the stretch of the Kallang River that reflects the areas rich industrial past, said URA.

The two-story L-shaped main building facing Serangoon Road will be conserved, the authority added, along with its familiar signage tower.

Other features that will be conserved include the building's balcony with brick parapets, Art Deco timber panels and a concrete sun shading ledge.

A corner of the building as well as its internal floors will be reconstructed to allow vehicular access to the back of the site and to facilitate "adaptive re-use of the conserved building", said URA.

“This building is not only historically significant as a familiar landmark along the Kallang River, it also holds fond memories for Singaporeans for the popular soft drinks it produced from the 1950s to 1990s," said URA's CEO Lim Eng Hwee.

"The conservation of this heritage-rich building would not have been possible without the support from the owner and recognition of the building’s significance from the community.”