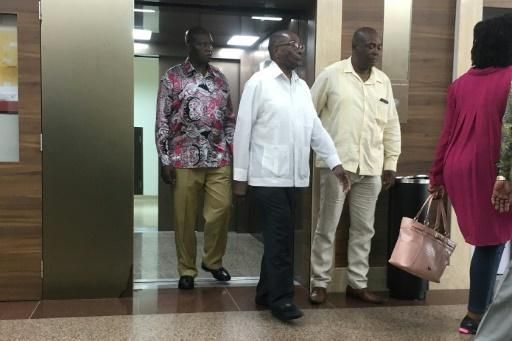 Zimbabwe's former president Robert Mugabe, who was ousted from power last month, visited a Singapore hospital Friday during a trip to the city-state for a medical check-up.

It was the first time he has been seen in public since he was forced to resign after a military takeover brought a sudden end to his authoritarian 37-year reign.

The 93-year-old was seen leaving a lift in Gleneagles Hospital in downtown Singapore around midday (0400 GMT), wearing a white shirt and black trousers, and accompanied by eight people, AFP journalists said.