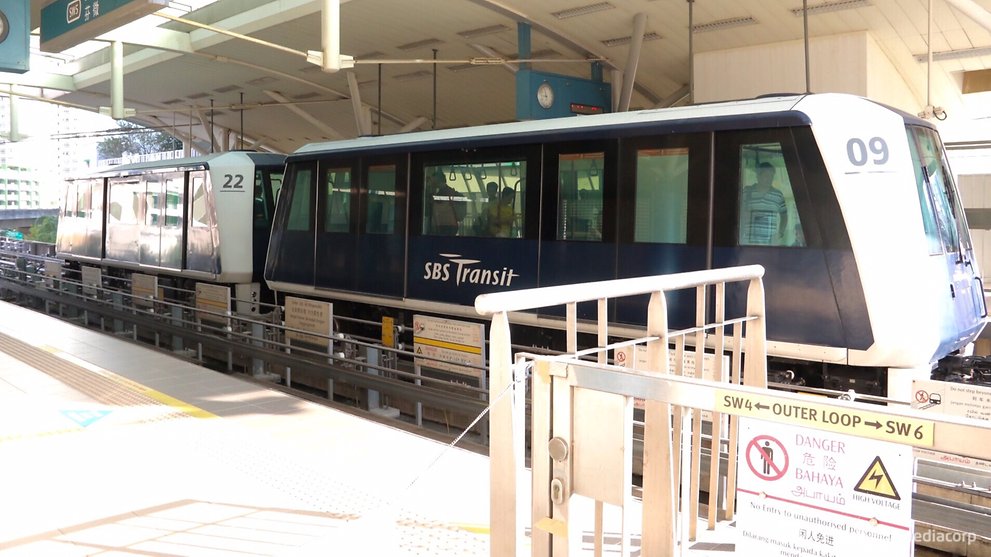 SINGAPORE: In the first two months of 2018, there will be limited services on parts of the Sengkang-Punggol LRT (SPLRT) on most Sundays, to facilitate renewal and improvement works, the Land Transport Authority (LTA) announced in a news release on Friday (Dec 15).

"SBS Transit will increase the frequency of train services on the unaffected platform to cope with the expected increase in passengers. However, some commuters may experience longer travel times as a result of the limited services," LTA said.

An exception will be made on Feb 18, during the Chinese New Year weekend, when both platforms will start operating as usual from 5.30am.

The works will include maintenance and replacement of the power rail, signalling switch machines and cables on the SPLRT.

LTA also revealed that the crossheads that support the SPLRT viaducts will be strengthened, after cracks were discovered during regular inspections.

"LTA has assessed that these cracks do not compromise the load-bearing capacity of the crossheads and pose no safety risk to commuters," said the authority.

"Nevertheless, LTA intends to rectify the cracks as a precautionary measure. These works will be completed by 2020."

As for the Bukit Panjang LRT (BPLRT), which is operated by SMRT, renewal works have been ongoing and the line has been opening later on Sundays since Nov 12 to facilitate work.

LTA said installation of a new power supply intake source to improve the reliability of the power supply system was completed last week.

It added that it will award a contract for the replacement and renewal of major BPLRT systems early next year.