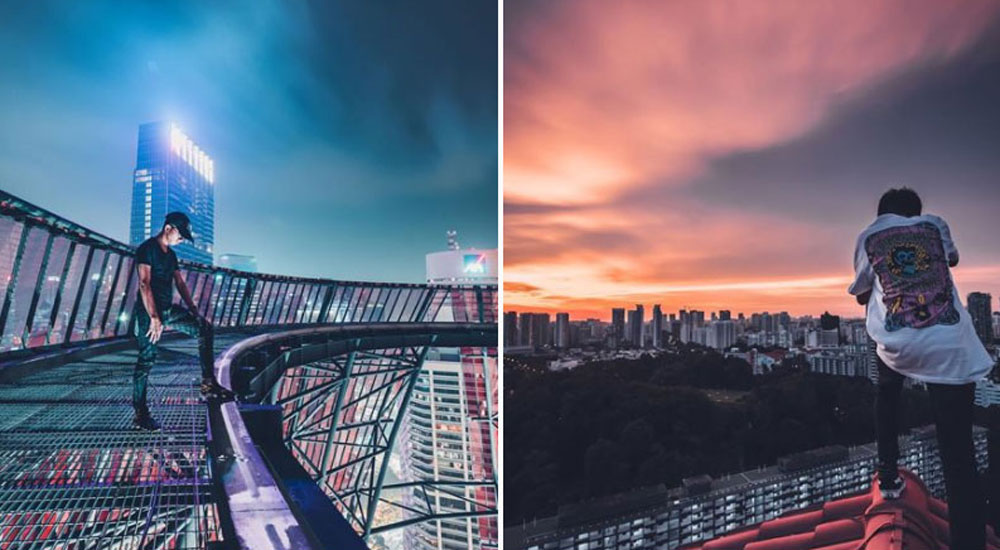 Channel News Asia published an article on Dec. 14, 2017 that interviewed youths in Singapore who scale rooftops to pose for Instagram and other social media platforms.

The article interviewed at least four individuals for their views: Darren, Thomas K, Faaariz and JL.

It wanted to find out why they do what they do, which is, climb up to high places to take photos and videos, and try not to fall off and kill themselves and others.

The piece insinuated that they are not shallow delinquents, but said they want to be known as explorers or photographers.

However, based on the totality of what they were quoted as saying, they ended up sounding contradictory and incoherent at best.

Here is a list of reasons why these youths in Singapore gave for rooftopping and expecting the public to be sympathetic:

• They do it to get over the fear of heights.

• They do it for a sense of accomplishment.

• They do it if the roof access is not locked.

• They do it and mean no harm.

• They accept the risks that they might die whenever they go rooftopping.

• They are not doing something so stupid as attract attention.

• They suggest going rooftopping as a group as a precautionary measure.

• They hope Singaporeans can be more open-minded about this.

• They do not encourage anyone else to do it.

• They would still do it even if there was no social media fame.

• They do it despite not enjoying the risks of getting caught.

• They do it to enjoy the peace and quiet afforded by rooftops.

• They do it because the ground level is very stressful.

Rooftopping is a law-breaking activity in Singapore.

Wilful trespassing on any ground without satisfactory excuse carries a fine of up to S$1,000 on conviction.

we are open minded , but these youth are damn stupid.....what is the media feeding them with nowadays?? just want to follow what others do.... damn immature...