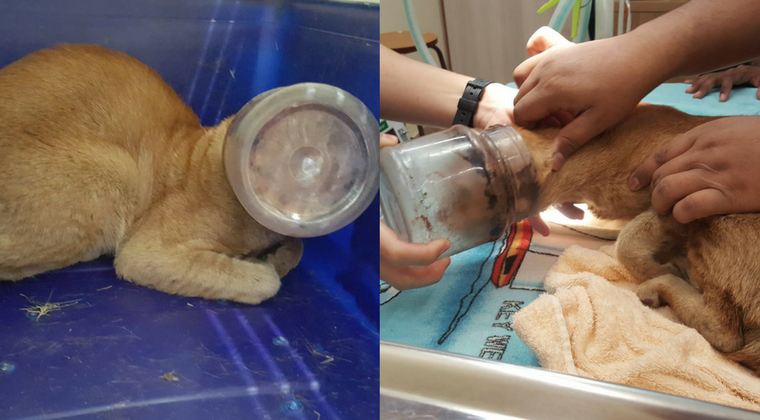 Cats are known to be curious creatures.

Sometimes, however, too curious for their own good.

On Dec. 11, a male community cat was found with a plastic container stuck to his head at Eunos Road.

A woman named Linda then alerted the Society for the Prevention of Cruelty to Animals (SPCA) at around 10pm.

The cat, thankfully, was able to breathe with the container on its head while waiting for the rescue workers.

Two rescue workers managed to catch the cat in a net and immediately brought it to the vet.

Once the cat was sedated, the vets successfully removed the plastic container, which was partially filled with what seems to be soil.

The community cat was also microchipped and sterilised while it was still in the clinic.

While it is still not known how the cat got its head inside the container, the cat is fine, other than sustaining a minor wound on its front right paw, probably as a result of attempting to escape from the container.

According to SPCA, the cat will be released back to the neighbourhood after further observation.

If you require immediate assistance, such as in the case of an animal emergency, please call SPCA at 62875355 ext. 9.