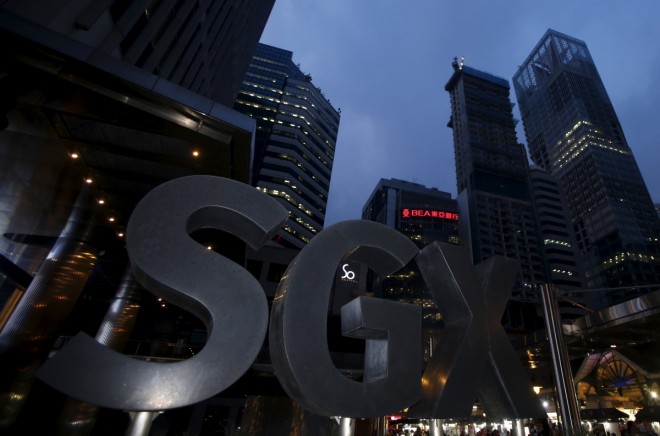 Singapore shares fell for a second session on Friday, with financials such as United Overseas Bank and DBS Group accounting for most of the losses.

MSCI's broadest index of Asia-Pacific shares outside Japan was down 0.5 percent, but poised to gain 0.7 percent for the week.

KTL Global, a supplier of rigging equipment to the offshore oil and gas, said it got a notice from the Monetary Authority of Singapore regarding an investigation into an offence under the Securities and Futures Act. Shares in the company last traded at S$0.03.

Shares in TMC Education jumped as much as 75 percent to seven Singapore cents on Friday after the trading resumed. The rally comes following news of a takeover bid by Singapore property tycoon Koh Wee Meng.

About 591 million shares worth S$390 million changed hands, with losers outnumbering gainers 178 to 125.