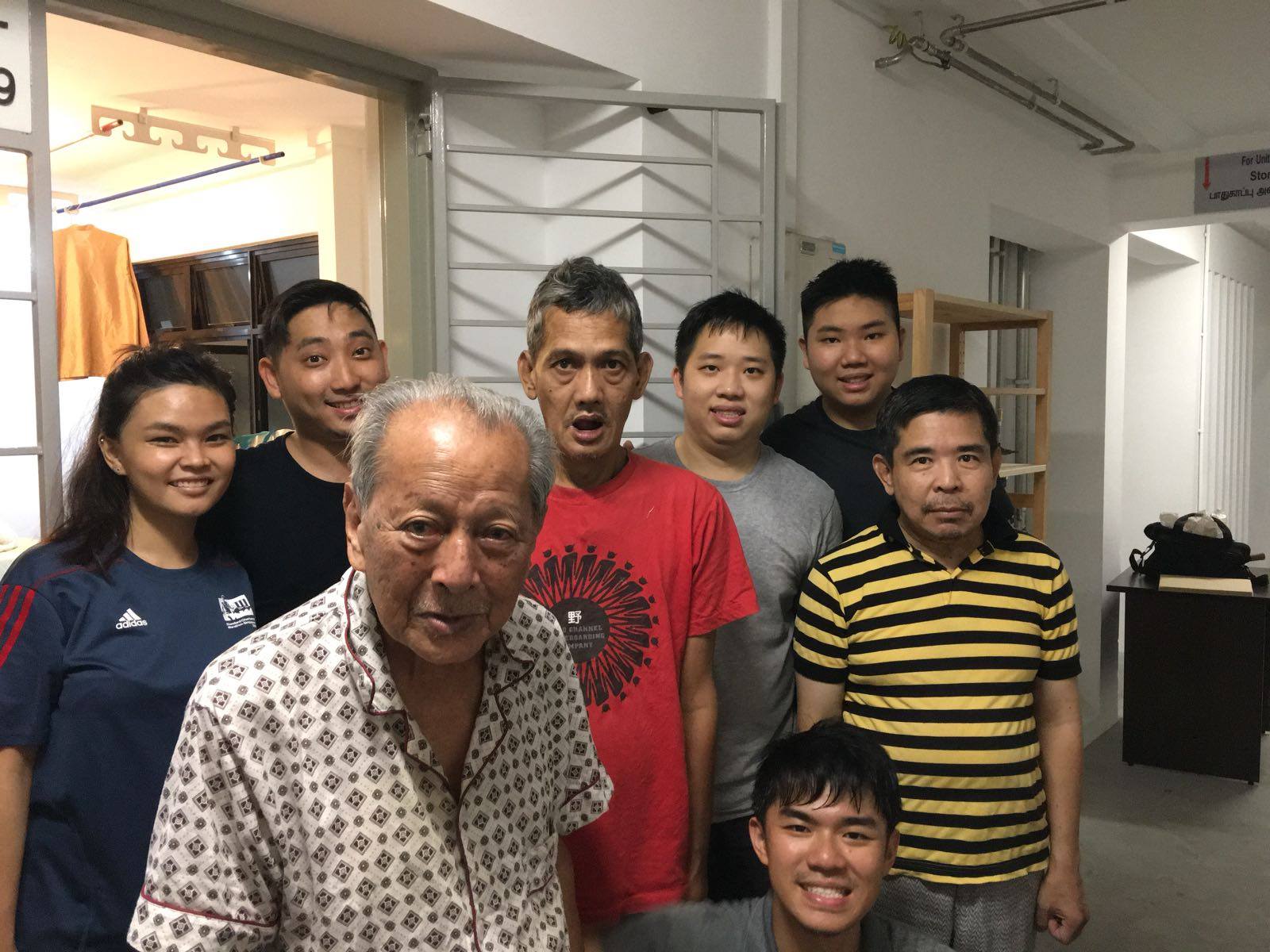 Most of Dakota Crescent will be redeveloped except for six blocks, a courtyard and a playground.

The estate’s decades-long former residents have already been resettled to Cassia Crescent, which is about a 10-minute walk away from Dakota Crescent.

Relocation, however, can be quite jarring for many of the elderly residents.

To ease the elderly residents in, the is coming in to help.

Dakota Adventures is a walking trail co-guided by the residents of the Dakota Crescent neighbourhood.

In February 2017, the Cassia Resettlement Team was formed to help the elderly residents who moved to Cassia Crescent.

On Nov. 23, , co-founder of Dakota Adventures/Cassia Resettlement, put up a Facebook post looking for furniture, such as standing fans and mattresses, for three men living in the same apartment in Cassia Crescent.

Two of them are in their 40s, while the other man is 85 and is still working as a cleaner.

The team tries not to buy new furniture as they believe in zero wastage and freeganism, in order to minimise usage of unnecessary resources.

All items “choped” within a day

And within a day (yes, one day), Cai managed to get all the needed items, thanks to several Facebook users, some whom were willing to give away more than the specified items.

“I have a good single mattress confirm can giveaway, need to check again if I can also give a very sturdy single bed frame (solid wood).”

“It’s not on ur list of donation. But I have got this wall table to give away. Got it for quite awhile but have nv use before. Still in the box.”

“I have a glass kettle, if you need!”

Speaking to Mothership, Cai said such a quick response was expected, but he was pleasantly surprised to have received items he never thought the residents would need.

“Initially, we asked for a single bed as two of the uncles were sharing a single mattress. But a donor gave them a super single bed which was perfect for them.”

With the items all checked, another problem arose though: How were they supposed to move the bulky items?

Paying for a moving company was an option suggested by some of the donors, but according to Cai, hiring a moving company would cost as much as buying new furniture along with the delivery charges for the three men.

Thankfully, after crowdsourcing, they managed to find a volunteer who loaned his van and lorry to transport the items to the three men.

Transforming a house into a home

As the three elderly residents didn’t expect anyone to help them, they were very happy with the given household items.

Despite finishing the whole process right before midnight, the three residents were patient and eager enough to put on bedsheets on their new beds and envisioning the items they can place on the given tables and shelves.

“Furniture (for the residents in Cassia Crescent) is just the tip of the iceberg,” says Cai.

In fact, the Cassia Resettlement Team is trying to do more by looking into the residents’ social and healthcare needs too.

These are done through initiatives such as a potluck for about 80 to 100 residents once every two months and house visits at least twice a month where they help with grocery runs and medicine sorting.

“For them, what makes a house a home is when you have friends, neighbours and volunteers to count on.”