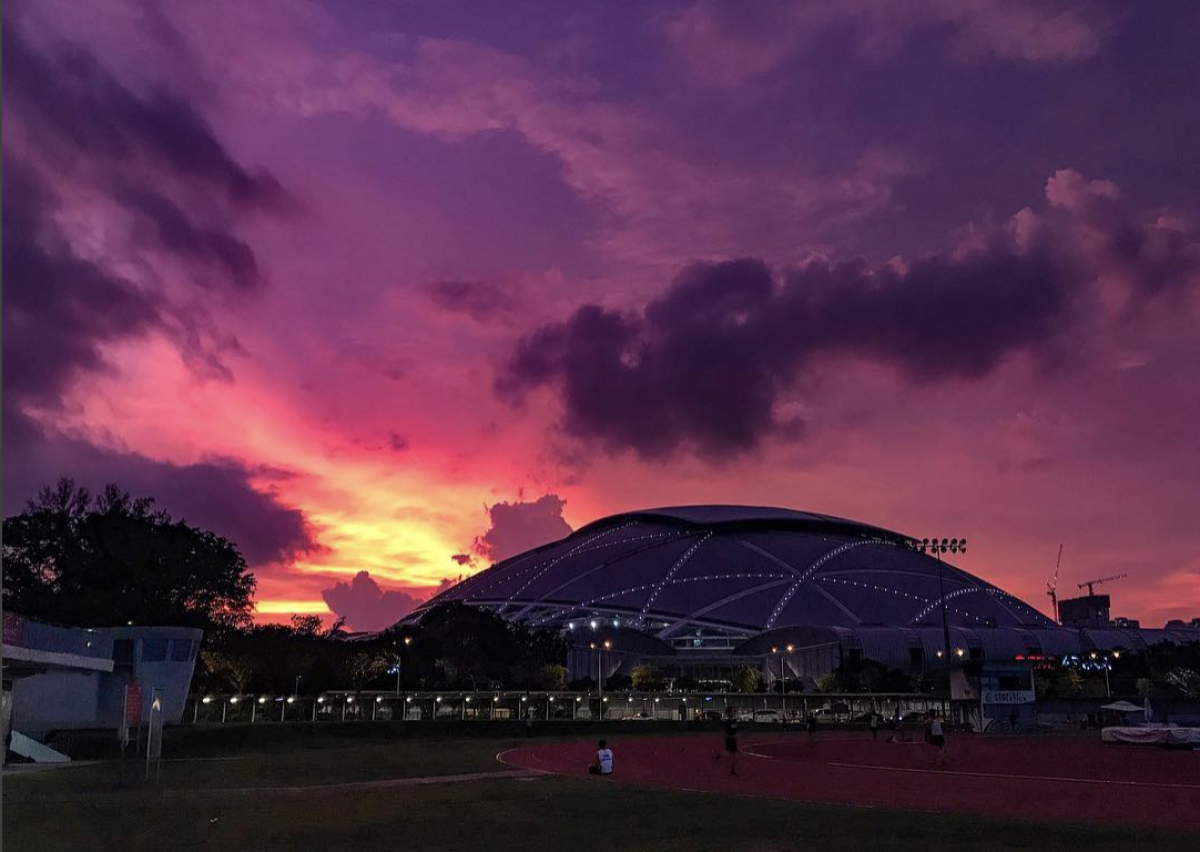 Social media in Singapore was awash in various shades of orange, pink and purple.

This was following an unusually colourful sunset across most parts of Singapore at dusk on Dec. 14, 2017.

Photos online showed the sky going from pink at about 6.20pm, to ombré orange at 6.35pm, before transforming into a light royal purple after 6.45pm.

Sure, the sun sets every night, but if you were still stuck in the office after 6pm, you’d have missed out on this:

Singapore is not fair. It better stop soon or I'm gonna have to move here. #sonya7rii

Good for videos too:

Some of them made our city skyline look like a scene out of a sci-fi movie:

Despite being on a plane, photographer extraordinaire Xavier Lur was not to be left out, snapping a pic from his window seat to further secure his Twitterati status.

This evening’s pretty sunset during my flight from Thailand to Singapore. pic.twitter.com/1qlVRUkzLN

How to predict pretty sunsets

Turns out that there’s a if this evening’s sunset will be Insta-worthy.

If there’s a heavy thunderstorm during the day, the rains tends to wash “large particles” out of the air.

So with them out of the way, you can enjoy a more dramatic-looking sunset.

There’s another advantage to a nice sunset — it’s less likely to rain the next morning.

That’s because the vivid colours at sunset indicate that there is a large swath of clear air off to the West (where the sun sets), which will reach you by the morning.

The sky over S’pore at evening twilight was a beautiful ombré pink. Here’s why