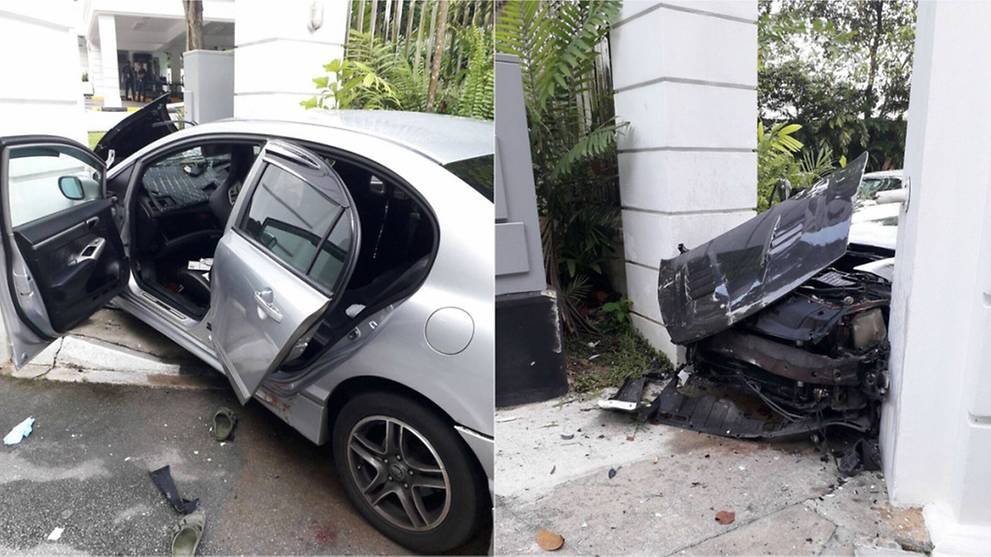 Car wrecked after it crashed outside the Istana along Cavenagh Road. (Photos: Facebook/Sg Road Vigilante)

SINGAPORE: The police are appealing for information and images of a fatal car crash that happened outside the Istana.

Two people, the 25-year-old driver and a 21-year-old woman, were killed in the crash that happened on Saturday (Dec 16) at about 6am along Cavenagh Road.

Another passenger, a 28-year-old man, was seriously injured.

Anyone with information, images and/or videos related to the accident can submit them via the ‘e-feedback on road users' portal at http://www.police.gov.sg/e-services or www.police.gov.sg/iwitness, police said in a media release on Sunday.

Police investigations into the accident are ongoing. All information submitted will be kept strictly confidential, police said.

Meanwhile, images of the wrecked car have surfaced on WhatsApp and social media.

A car being towed away after it crashed outside the Istana along Cavenagh Road. (Photos: Facebook/Sg Road Vigilante)

Channel NewsAsia understands that the driver was Khairul Anwar. It is understood that the passengers were a couple, and that they were both seated in the back seat.

does the victim car have any front camera?

just raise PHV age limit to 30 period.in the past we dont have so much accidents with taxis and accidents especially fatal ones involving taxis used to be big news,nowadays this is becoming common.not only maturity comes with age.experience comes with age too. 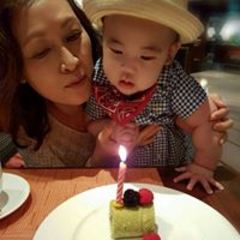 I believe Istana front & side door will have CCTV monitor. Surely the police can get from Istana.

Why seek public help.. So many guards at Istana and none witnessed the accident?? Or are they all busy doing gardening?