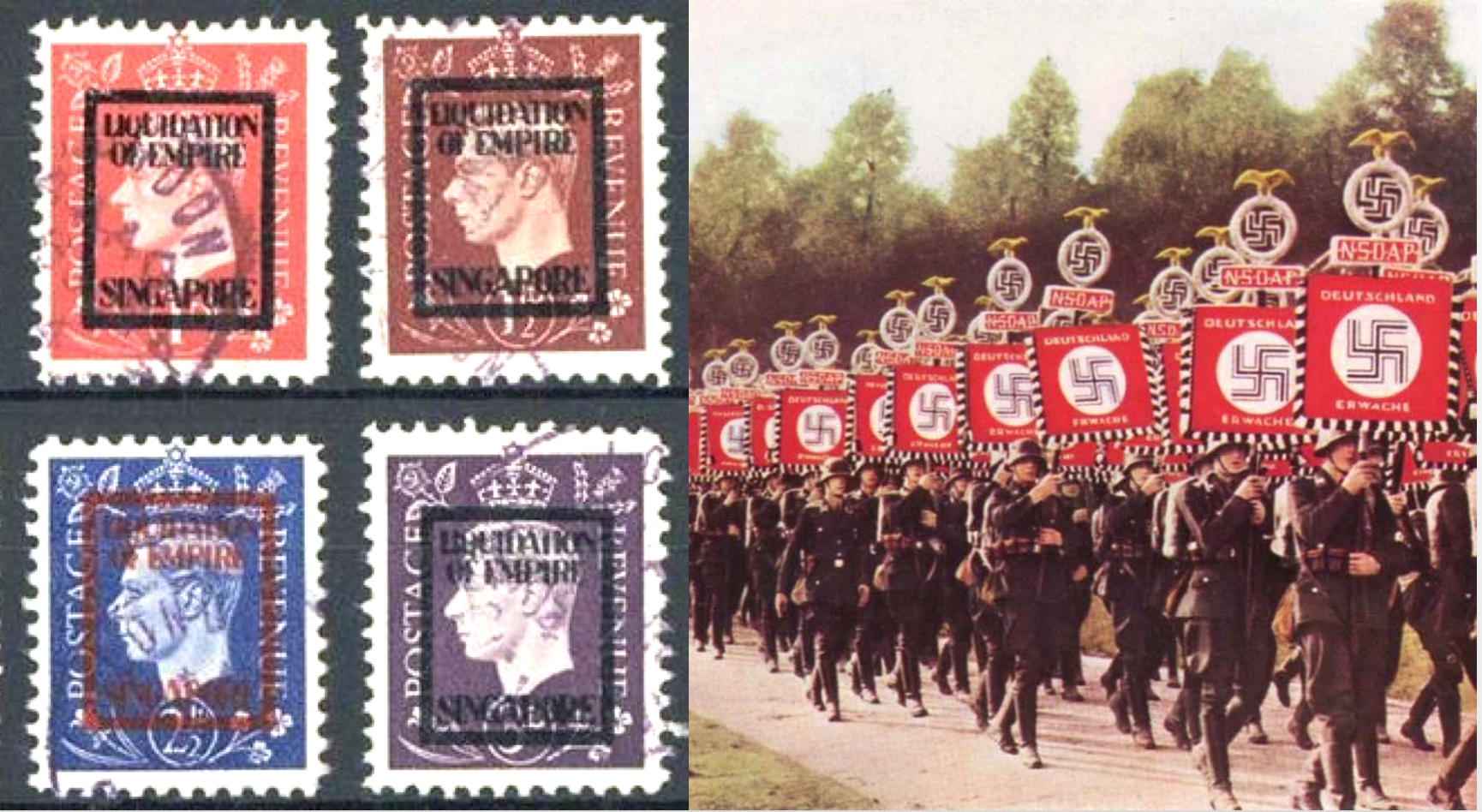 Apart from serving as a form of payment for postage, stamps can also carry propaganda art and serve as a transmitter of ideology.

In fact, countries have taken advantage of postage stamps’ imagery by manipulating them to influence the perspectives of people at other localities.

For instance, during World War Two, the British produced anti-Hitler propaganda to be disseminated in Germany.

They created fake mail with real names and addresses obtained from telephone directories.

Forged German stamps with an image of Hitler with a devilish skull were stuck on the mail to influence the German population.

The Germans, however, had some propaganda of their own.

Stamps that resembled those issued by the British were created by the Germans.

This is what a genuine British stamp looked like:

And these were what the German-made stamps looked like:

Both might seem similar, but upon closer inspection, you’ll see the words “LIQUIDATION OF EMPIRE” in bold, as well as the name of the British territory printed on the stamps.

Created by the German Propaganda Machine in 1944, these stamps were sent by the Germans to the United Kingdom to demoralise the British.

For instance, the cross above the crown was replaced by the Star of David to symbolise the Jews. The flower in the top left hand corner was also replaced by the hammer and sickle, symbolising communism.

Although Singapore was featured in the stamps, it seems unlikely that there was a need for them to reach our island.

After all, Singapore was going through the Japanese Occupation when the stamps were created.

But it was probably poignant for the Germans to feature Singapore in the stamps to remind the British of the worst disaster and largest capitulation in British history.