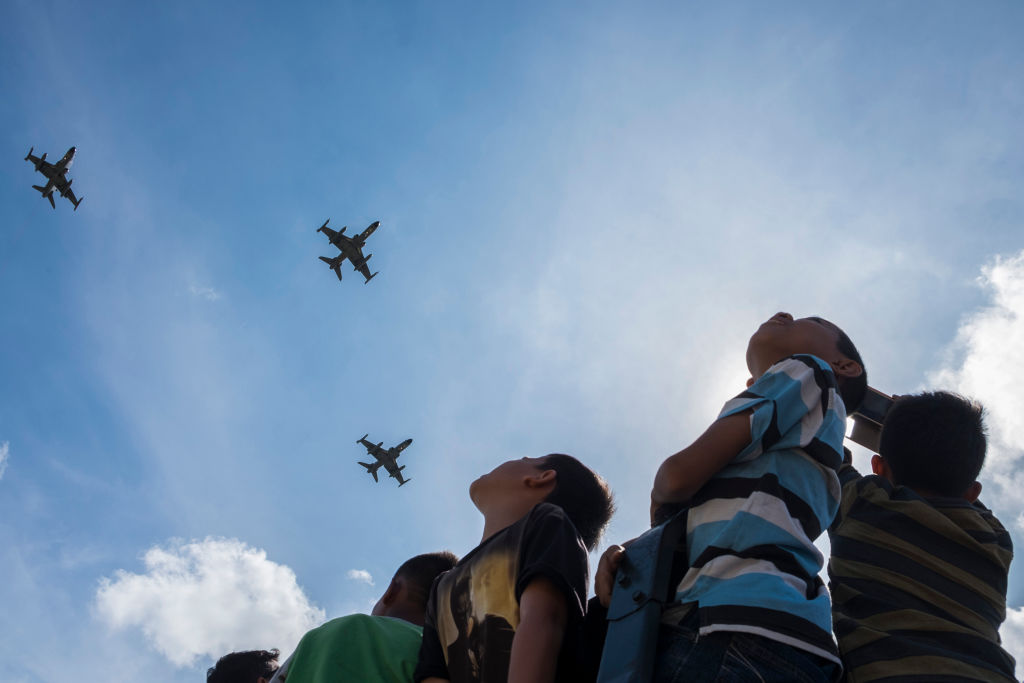 Singapore might be tiny, but we do have a fair bit of control of the skies above us.

To our south lies a bunch of Indonesian islands collectively called the Riau Islands.

Pic from the College of Asia and the Pacific.

Singapore happens to control what’s known as the Flight Information Region over the Indonesian Riau islands.

“FIR is a specific region of airspace in which flight information service and alerting service are provided and managed by an air traffic services authority appointed by the International Civil Aviation Organization. The current Singapore FIR includes our national airspace as well as airspace over parts of Indonesia and the South China Sea.”

Singapore was by the International Civil Aviation Organization in 1946, long before we became an independent nation, on “operational and technical merits”.

Indonesia wants it back

This is been a thorn in the side of some Indonesian politicians.

Prime Minister Lee Hsien Loong mentioned on Nov. 19 that Indonesian politicians had been “talking about taking back their airspace from Singapore”:

“Actually this is not about Indonesia’s airspace, but the Flight Information Region (FIR), which is for managing air traffic. Singapore manages an FIR around Changi Airport and it includes some areas in the Indonesian airspace, and Indonesia wants to take back that FIR. But who controls the FIR is a technical matter of making the best arrangements for air safety.

A quick look at previous statements made about the issue show what the PM was talking about.

“The President instructed us to prepare better equipment and human resources so that, in three or four years, we can manage our own airspace.”

In Oct. 2016, the Riau Islands Legislative Council urged President Jokowi Widodo to of the FIR from Singapore:

“Indonesia’s sovereignty extends to land, airspace and territorial waters. Therefore, the control of airspace above Riau Islands must be discussed again and renegotiated. We will convey this matter to President Jokowi via the defense minister and foreign minister.”

(Translated) “Logically speaking, in general large countries are obliged to help the smaller neighboring countries and not the other way around.

The action that should be taken by Indonesia is to immediately formulate a roadmap in accordance with the Inpres dated September 8, 2015, that Singapore should immediately hand over air space management over the Riau Islands (Natuna and Batam) gradually to Indonesia as the owner of legitimate sovereignty.”

It’s not about sovereignty

As you can see, the word “sovereignty” gets tossed around a lot when discussing this issue. Sovereignty is understandably, a touchy issue. But the FIR isn’t about sovereignty.

Singapore’s Ambassador to Indonesia, Anil Kumar Nayar, wrote a letter to Metro News TV to rebut the claims made by Chappy and Koesnadi.

The letter was also published on the Facebook page of Singapore’s Embassy in Jakarta, on Dec. 12.

Nayar emphasises that the statements made by the two Indonesian military officials “misrepresent the facts”. The FIR is not about sovereignty but aviation safety, and who can provide the most effective air traffic service.

Nayar also disputed their claim that Singapore keeps the money charged for air navigation services, instead clarifying that:

“All Route Air Navigation Services charges that Singapore collects on behalf of Indonesia are remitted to the Directorate-General of Civil Aviation Indonesia, less the bank transfer costs. And DGCA Indonesia has always found the accounts to be in order.”

You can read the full text of the letter below.

In 2015, then-Foreign Affairs Minister K. Shanmugam conceding any ground on the FIR could terminally affect our status as an aviation hub:

So we can expect the government to vigorously defend our position on the FIR.

But why has this cropped up again?

Well the report from Metro TV News notes that the comments were made at the launch of a book, Enforcing the Sovereignty of Air.

It can’t be denied that stirring up controversy is a great way to promote a book and grab people’s attention.

However, the strong tone of their comments echoes a populist, nationalist strain in Indonesia that has recently gained strength in Indonesia.

According to by the Asia and the Pacific Policy Studies journal in 2015, the political scene in Indonesia lacks sharp ideological divides, like the ones that exist between the Democrats and the Republicans in the US, for example.

This means politicians in Indonesia, including aspiring ones, turn to nationalism to increase their popular support:

“But in fact, the very thinness and fungibility of nationalism makes it a useful tool for politicians seeking to build popular support in such a denuded ideological landscape.”

Indonesian politicians also frequently make reference to “outside threats”, despite the fact that Indonesia is in a relatively peaceful region and isn’t engaged in conflict with its neighbours.

“One distinctive feature of the contemporary nationalism is its preoccupation with the notion that various (usually unnamed) foreign powers harbour nefarious and hostile designs on Indonesia..casual references to Indonesia being the target of foreign conspiracies, economic or political subjugation, moral or political subversion and the like are all part of mainstream debate in Indonesia and rarely raise an eyebrow when uttered even by ministers or members of parliament.”

While the politicians go back and forth, Indonesia’s neighbours should keep a close eye on the way the conversation is going.

When LKY was in control..No body dare to touch us!! Now his dishonorable son losing control.