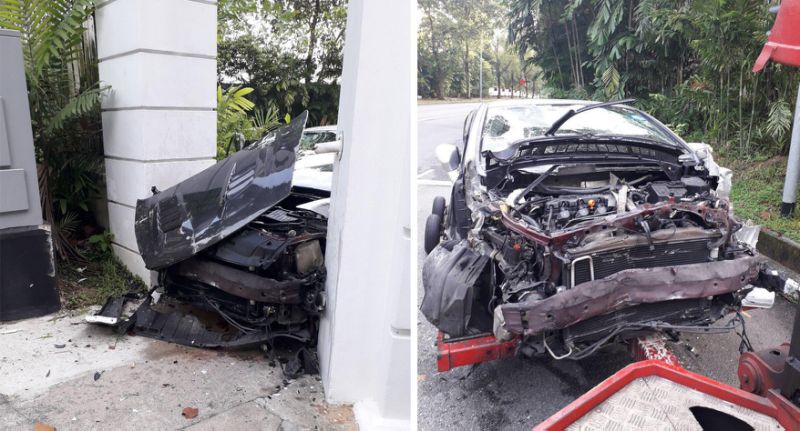 Police appeal for information on car crash outside Istana

Police are appealing for witnesses to come forward as investigations continue into the car crash outside the Istana on Saturday.

Two people died and one person was injured after the car accident outside the Istana early in the morning on Saturday (16 Dec).

Anyone with information, images and/or videos related to the accident can submit them via the ‘e-feedback on roads users’ portal at http://www.police.gov.sg/eservices or www.police.gov.sg/iwitness, said the Singapore Police Force in a statement on Sunday. All information will be kept confidential.

Police told Yahoo News Singapore they were alerted to the accident along Cavenagh Road at 6.06am. The driver, a 25-year-old man, whom media reports identified as Khairul Anwar, and a 21-year-old female passenger were unconscious when they were sent to Tan Tock Seng Hospital, where they later died from their injuries.

Ask the owner there to help..unless she was sleeping