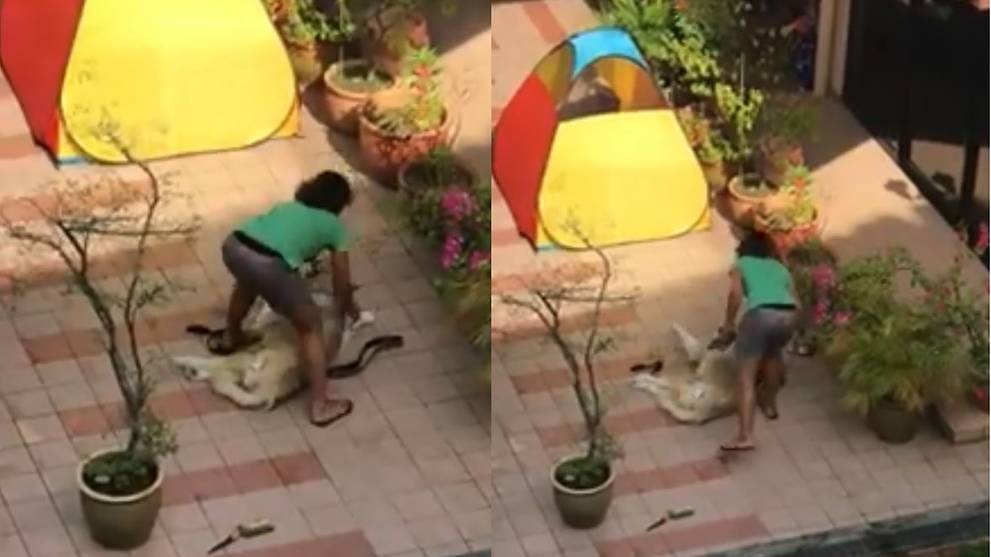 SINGAPORE: The authorities said on Monday (Dec 18) that they are investigating the alleged abuse of a pet husky by a domestic helper.

The Agri-Food and Veterinary Authority (AVA) and the Society for the Prevention of Cruelty to Animals (SPCA) both told Channel NewsAsia that they are aware of the case and have launched investigations.

A video of the alleged abuse was posted on Facebook over the weekend and widely shared. The post was subsequently taken down.

In the video, a woman, said to be a foreign domestic helper, is seen handling the husky in a rough manner as it lay on the ground. At one point, she appears to hit the dog with a metal feeding bowl.

AVA urged members of the public who have information on this case to contact the authority at 1800-476-1600.

“Safeguarding animal welfare is a shared responsibility. AVA will look into all public feedback on animal cruelty,” AVA said.

“We will take the necessary enforcement action against anyone who has committed an act of animal cruelty and will not hesitate to press for a deterrent sentence, if warranted.”

Anyone convicted of animal cruelty faces a fine of up to S$15,000 and 18 months in jail for a first offence.