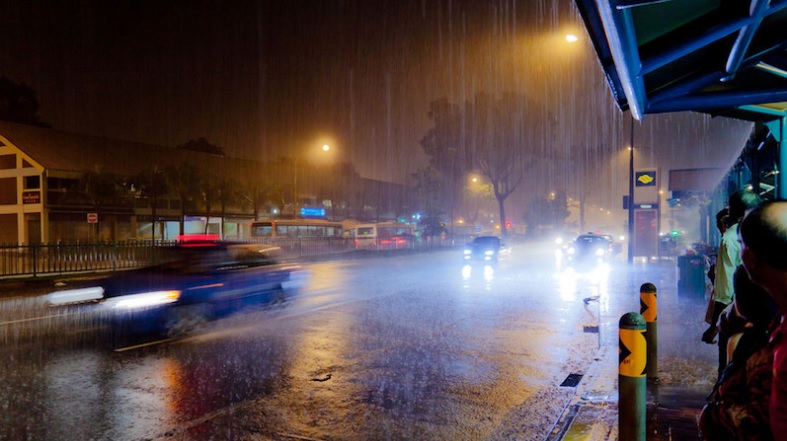 ’Tis the season to be jolly… cold. The wet phase of the Northeast Monsoon is expected to continue bringing wet weather and cooler temperatures across Singapore till next month — which is not necessarily a bad thing, really.

According to the Meteorological Service Singapore (MSS), heavy thundery showers can be expected in the afternoons and evenings on five or six days throughout the next fortnight, with occasional periods of windy conditions. Widespread moderate to heavy thundery showers may also arrive in the predawn hours and mornings of one or two days.

The fortnight will also bring slightly cooler night-time low temperatures of 23°C to 24°C, so that’s pretty chill. The lowest minimum temperature of 22.3°C was recorded on Dec 14 over the northern part of Singapore.

Day-time temperatures, however, could still go as high as 33°C though, and that’s not chill at all.

MSS also noted that rainfall for this month looks to be slightly below normal, with over two-thirds of the island receiving well below normal rainfall in the first two weeks of December.