Wife tricked multi-millionaire husband into signing away his fortune: Court

Last Monday, the High Court voided a legal document that a wife tricked her multi-millionaire husband into signing to give away his fortune to the couple’s firstborn. The incident occurred just one week after the man’s millionaire mother died in 2014. The unnamed 33-year-old was talked into signing a handwritten deed of trust that would see him give up all his assets, including an inheritance of about S$25 million from his late mother.

The man’s mother was killed in her home on Mar 19 that year, but the court did not elaborate on the details of that incident.

High Court judge Valerie Thean described the 37-year-old wife’s behavior as one that shocked “the conscience of the court”, and granted the man’s application to set aside the deed of trust on several grounds. She said that the document was signed on Mar 26, 2014 — when he was still grieving and in isolation — in the presence of the wife’s father, a senior lawyer. The wife had reportedly threatened to kick her husband out of the house unless he signed the deed.

The document declared that all his assets were to be held by the couple on trust for their son, who was two at the time, The Straits Times noted.

Justice Thean said that the wife, who is legally trained and had practiced for four years, lied about the deed being a simple “safeguard” to provide for their child if anything should happen to her husband.

TODAY reported that the husband was already “a man of substantial means” before he started working as an oil and gas trader, thanks to his father’s inheritance — he had two apartments in Marina Bay Sands.

The man shared a close relationship with his late mother but had disregarded her disapproval to him marrying his childhood friend in August 2012 out of wedlock. A couple years later, their relationship turned sour, and the wife filed for divorce on Nov 25, 2015.

Five days after that, the husband, now a managing director of an energy company, applied to the High Court to void the deed of trust.

In court, Justice Thean said that “his grief over his mother’s death and the circumstances of his life after her passing rendered him susceptible to be influenced by the (wife)”.

“Her knowledge and her intention to take advantage of the plaintiff in this respect may be inferred from the circumstances under which the declaration of trust was drawn up — which indicate an inexplicable sense of urgency in the (wife) to have the plaintiff sign a document with serious implications,” she added. “There is no doubt that the (wife’s) exploitation of the plaintiff’s grief, isolation, and lack of independent advice to lay claim to all he owns is properly to be described as an act of oppression and abuse of confidence that shocks the conscience of the court.” 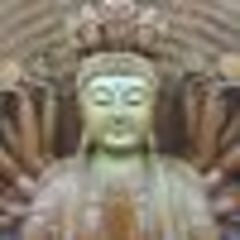 ya now slot in Singapore..... S11 wrote all over the family face

so rich and still want more.too greedy.better go in and enjoy

Yes, strike the father and daughter off the Legal Practice. No mercy please.

Woman greed; Father a lawyer too.....think they all have law in their side...... should be stripped of their rights to practise law in future. Abuse..

Greed will kill u one day, woman!!!