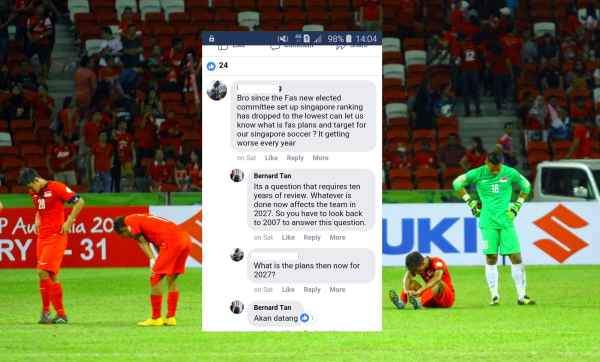 Age discrimination has spread to football too?

It states that “The new changes will cap the maximum total number of local players over 30 at 36 – or 48 assuming the clubs do not sign foreigners.

Going by these numbers, there is no age discrimination at play, argued both Mr Thavaneson and deputy president Bernard Tan.

“It will be left to these players to prove to clubs they are worth signing,” said the former.”

If this is not the agecdiscrimination – what is?

It is bad enough that older workers suffer widespread age discrimination – and now it has spread to football as well.

As to “Each club will also be restricted to two foreign signings” – this may also be reflective on the problems of the overall job market – after decades of liberal “foreign talent” policies – not just in football – we may now end up with a situation that local talent may be literally “dead” (from foreign competition).

With regard to “For the 2018 season, the budget for each club will be cut by about 19 per cent to S$888,200” – why are we literally killing football first by cutting their main source of revenue (jackpot machines) and now on funding too?