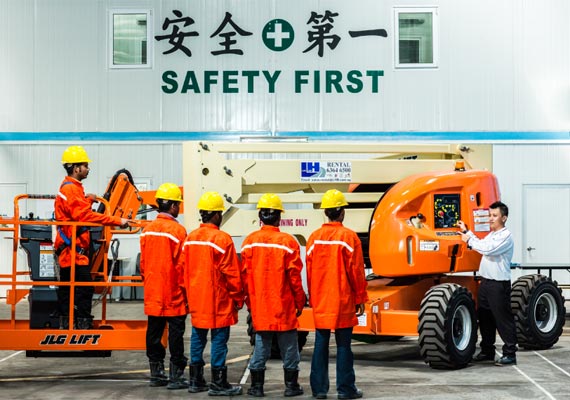 A 27 year-old Singaporean man, Teo Choon Chai (张忠才) (“Teo”), the sole Director of Lian Hup Xin Construction Pte. Ltd. (“the company”), was convicted and sentenced in the State Courts on 14 December 2017 of 18 charges under the Employment Act (EA) and 2 charges under the Employment of Foreign Manpower Act (EFMA). Another 22 charges were taken into consideration for the purposes of sentencing. He was sentenced to 12 weeks’ imprisonment.

The company did not pay salaries totalling more than $15,000 to six foreign workers, and also did not provide these workers with proper accommodation while they were awaiting settlement of their salary issues. Teo, as the director of the company, had failed to ensure that his company fulfilled its legal obligations to these workers.

In May 2016, six foreign workers from the company reported that they had not been paid their salaries for three-and-a-half months. At the same time, they were evicted from their dormitory.

Investigations revealed that Teo had incurred many personal debts through gambling, and did not pay the foreign workers for more than three months. Teo also failed to ensure that the workers had proper accommodation after they were evicted from the temporary quarters provided by the company’s main contractor. Despite efforts by MOM to reach Teo, he was not contactable and MOM had to work with the Migrant Workers’ Centre (MWC) to relocate them to an approved dormitory. Other than paying the dormitory charges, MWC also assisted with their upkeep and maintenance during this period.

The workers had reported their salary issues after three months of not being paid by their employer, resulting in their salary arrears accumulating to a substantial amount. As a result, MOM only managed to help the workers recover about half of the salaries owed to them after negotiating for ex-gratia payments provided through the security bond insurers.

The company has been barred from applying for or renewing the work passes of its foreign workers. In addition, MOM has suspended all work pass privileges for Teo and any future companies set up by him.

Commenting on the case, Mr Raymond Tan Choon Guan, Director of Employment Standards Enforcement (陈俊源, 人力部雇佣标准执法处处长) said, “Employers have to pay their workers’ salaries on time. This particular case involves an egregious director who owed workers successive months of salaries and did not provide any accommodation for his workers while they awaited resolution and payment of their salary arrears. The workers in this case were unable to recover their salaries in full. From our experience, workers have a better chance of fully recovering their salaries if they report their salary claims early.”

Workers who are owed salaries and/or have housing issues should approach MOM, the Tripartite Alliance for Dispute Management (TADM) or their unions early for assistance. They can also seek help from the Migrant Workers’ Centre.

Anyone who knows of persons or employers who contravene the EA and EFMA should report the matter to MOM at 1800-221-9922 or email workright@mom.gov.sg. All information will be kept strictly confidential.