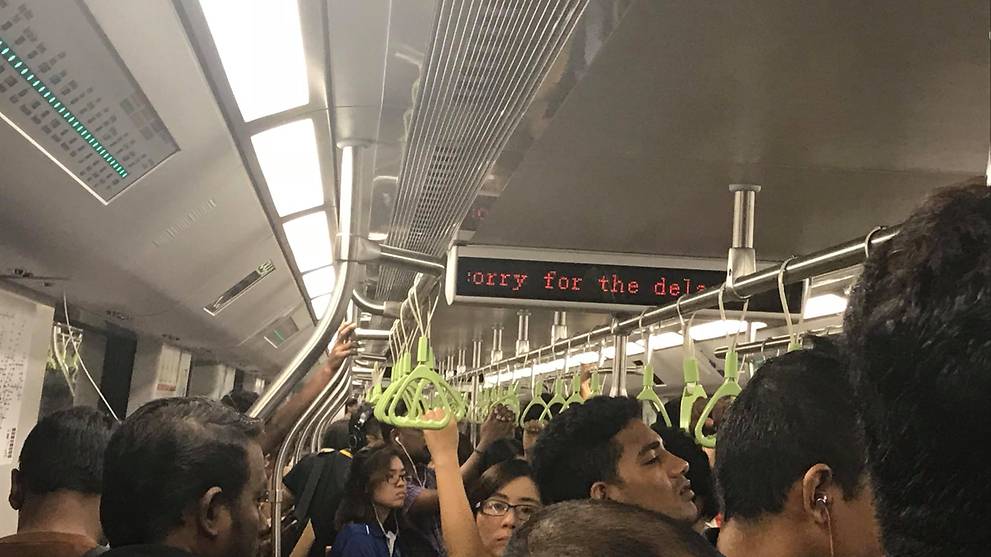 SINGAPORE: A train fault on the Downtown Line (DTL) caused travel disruptions during the morning rush hour on Thursday (Dec 21).

A Channel NewsAsia reader who did not want to be named said he boarded the train at Bukit Panjang MRT station at around 7am, but the train did not move off and an announcement was made 10 minutes later telling commuters to alight.

The announcement said there was a signalling fault on the Downtown Line and that the train would be delayed, the commuter said, adding that commuters had been told bridging bus services were available.

Twitter user Jessie Chaw posted that she was told to get off the train at Bugis, but said that there were no free bus services available for passengers.

Delays were also reported by Twitter user Mohammad Taufik, who said that the train towards Bukit Panjang at Kaki Bukit had not been moving "for more than 5 minutes".

You can't expect everything to be perfect. Of cause there are flaws and there's room for improvement. Be grateful at least Singapore has a good and reliable public transport which most South Eastern Asia region don't have.

isnt downtown line the newest line? you can say ewl, nsl broke down cos they are old but how about an valid excuse for dtl?

LSL still insisting that our train services is of world class standard.