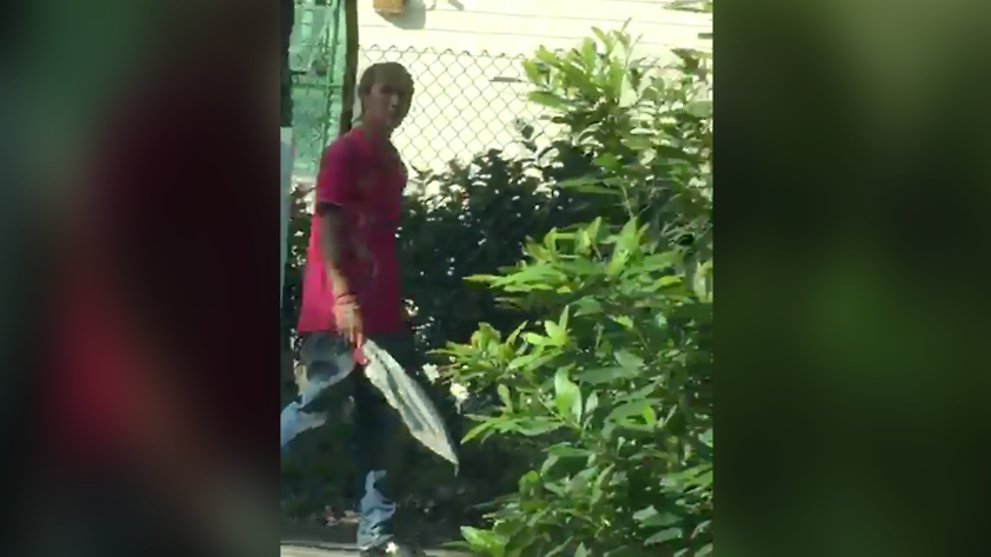 Man arrested for hitting people with umbrella near Haig Road

Screenshot from a video of the 39-year-old man who hit at least 6 people with an umbrella.

SINGAPORE: A 39-year-old man was arrested for hitting at least six people with an umbrella near Haig Road on Thursday morning (Dec 21).

Police said they were alerted to a case of a man hitting members of the public with an umbrella along Haig Road at about 9am on Thursday. The 39-year-old was arrested for public nuisance, police confirmed.

Footage sent by a Channel NewsAsia reader showed the man, in a red shirt and jeans, walking on the pavement while holding an umbrella.

Channel NewsAsia understands that at least six people were hit by the man. Two women, aged 48 and 61, were taken to hospital for their injuries, police said.

The 48-year-old woman was waiting for a Grab ride along Haig Avenue when she was hit by the suspect.

Channel NewsAsia understands a third victim was hit just outside Haig Road Market. The victim visited a clinic for treatment after being hit. blessings by the umbrella

Hitting people with umbrella that reminds me of a media corp female artist hitting an old man's head with an umbrella also. For that incident she was sent back to her country she origins but came back again few years later.

Why the hell was he hitting people with umbrella ?

shit this guy nearly going to hit me at katong plaza on that morning. 😰