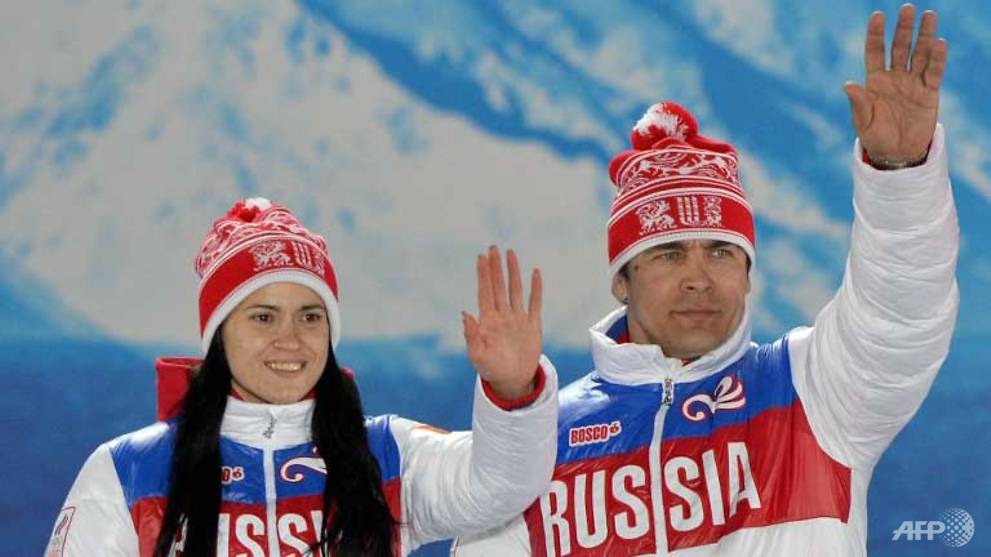 These latest IOC sanctions brings to 43 the number of Russians caught out by the Oswald Commission into doping at Sochi with three cases pending.

LAUSANNE: Sochi luge silver medallists Albert Demchenko and Tatyana Ivanova were among a group of 11 Russians disqualified for doping and handed lifetime bans by the International Olympic Committee on Friday (Dec 22).

The announcement comes following hearings by an IOC commission into allegations of state-sponsored doping by hosts Russia at the 2014 Winter Games.

These latest IOC sanctions brings to 43 the number of Russians caught out by the Oswald Commission into doping at Sochi with three cases pending.

"As some investigations are still ongoing (notably the forensic analysis of the bottles), it cannot be excluded that there might be new elements that would justify opening further new cases and holding more hearings," the IOC said in a statement.

The raft of punishments have seen Russia lose top spot in the Sochi medals table having been stripped of 13 of their original 33 medals for cheating, slipping down to fourth overall behind Norway, Canada and the United States.

Russia has been banned from taking part at next year's Winter Olympics in Pyeongchang, South Korea due to this widespread doping.

However, athletes who prove themselves to be clean have been told by the IOC they can compete under strict conditions, and under a neutral flag.

Demchenko, who was world luge champion in 2005 before becoming head of the Russian national team, also won a silver medal at the 2006 Winter Olympics in Turin.

Bessmertnykh had already been stripped of his silver medal from the 4x10km relay following the disqualification of teammate Alexander Legkov.

Of the 43 Russians so far banished as a result of the Oswald probe, 22 have lodged appeals at the Court of Arbitration for Sport (CAS).

The first of these appeals will take place in January but an exact date has yet to be fixed, a CAS spokesman told AFP.

The Russian doping fiasco came to light after the damning World Anti-Doping Agency-sponsored McLaren report deemed the country to have set up an elaborate doping programme involving the manipulation of drug test samples.

Mounting evidence has indicated that the scheme involved senior government officials, including from the Russian sports ministry, with help from secret state agents.