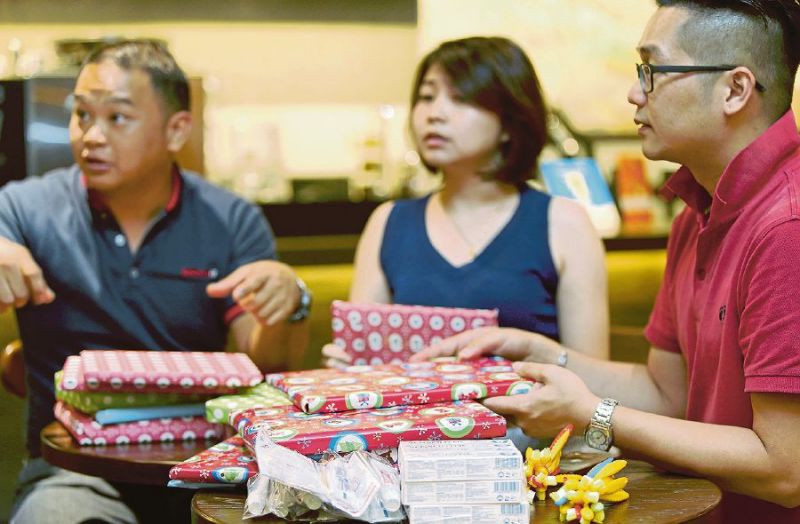 A boxful of Christmas cheer

The Shoebox Christmas Gift project has brought joy to more than 1,000 children in rural areas since it started in 2010. EVERY year, a group of volunteers travel to far-flung villages throughout the state, bearing gifts for less fortunate children ahead of the Christmas celebrations.

They drive through gravel and muddy roads, pass rivers and trek long hours to reach rural villages in the interior districts of Sabah.

Just like in Christmas folklore, the role of these individuals from around Kota Kinabalu is similar to that of Santa Claus’ little helpers, the elves. But instead of making toys, the group collects gifts from the public and delivers them to the underprivileged. Initiated in 2010, the Shoebox Christmas Gift project has since seen more than 1,000 rural children receiving Christmas presents during the festive season. Chin Weun Zack, 35, one of the co-founders, told New Sunday Times the idea was inspired by a similar project in the United States called Operation Christmas Child project.

Putting a smile on every kid